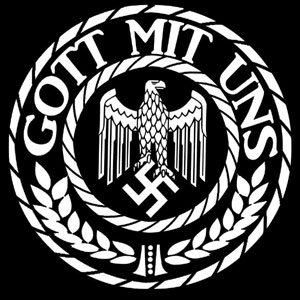 Ross Douthat, What Are Conservatives Actually Debating? What the strange war over “David French-ism says about the right.

Andrew Sullivan, This Is What a Real Conservative Looks Like in 2019

Nancy LeTourneau, When People Are Certain That God Is On Their Side

The sources listed above provide more insight and clarity about the intra-right “intellectual” controversy about which I wrote two days ago.

Mr. Sohrab Ahmari is a recent convert to Roman Catholicism who, with the zeal of the recently converted, has apparently decided to be more Catholic than the pope. He wants people of faith—that is, folks espousing a certain strain of purported Christianity—to impose a dictatorship on the rest of us.

Now, the world is full of kooks, and Mr. Ahmari’s views would not be important but for the fact that they reflect—and provide a superficial “intellectual” veneer to support—the outlook of a non-trivial portion of our population. These include, BTW, quite a number of my high school classmates of many years ago, as evidenced by their Facebook postings.

Also, I call your attention in particular to the clarifying analysis of Ross Douthat. As he explains, the Ahmari versus French dispute could portend a decision by the religious right to abandon its alliance with the plutocracy, and just take its marbles and go home.

And what a happy event that would be.

Here’s my two cents. For the sake of the discussion, let’s say I’m the kind of person who thinks the most pressing issue of public policy is the necessity to force 13-year old rape victims to bear their rapist’s child, regardless of injury to physical or mental health. Coming in a fairly close second is my God-given right to be really nasty to gays and lesbians. Also of paramount importance: my right to erect “Christian” monuments on public property, and my right to enforce mandatory prayer before public school sports events.

Were I such a person, I would begin by addressing, not the moral rightness of seizing the levers of power and stuffing my views down the throats of everyone else. Instead, I would first ask whether such a course of action is practical. (Why waste mental energy worrying about the morality of a stratagem you could never pull off?)

Having asked myself the question, here is how I would answer: “Self,” I would say, “if the entire United States had the demographic and ideological characteristics of the population of the State of Alabama, then seizing the levers of power and establish a theocracy might work. But, inasmuch as the United States is not much like Alabama, my desired course of action won’t work, and I had best try something else.”

That’s the main point Douthat makes, though he uses a lot more words. And, Douthat cogently adds (in words or substance): if I am going to choose a political champion to advance my theocratic views, then I really need to choose a more attractive, and much cleverer, champion than Donald Trump.

That’s how a logical theocrat would think, but Mr. Ahmari and his ilk are not logical, and that’s not how they think. As Ms. LeTourneau remarks, “Frankly, it is impossible to engage someone like that, because the only response they will accept is capitulation.”