Martin Longman, The GOP’s Self-Perpetuating Racist Wheel of Death: What will become of the Republican Party once it realizes white nationalism is non-viable?

This is familiar ground. But, IMHO, Longman presents an unusually lucid picture of the Republican Party’s descent into the Party of White Grievance.

As far as the question posed in the headline, what will happen is that

Maggie Haberman, Trump Promotes Caricature of What Conservatives Want: A series of events during his White House tenure has made clear that Mr. Trump views the voters he calls “my people” through the lens of what he imagines they like.

He’s highly sensitive to what his peeps hate. But he has pretty much entirely lost his grasp of what they like. As a result, he is fast becoming a caricature of himself.

Here’s an example. For years now, his peeps have imagined liberals behaving like fascists, setting up FEMA detention camps, yadda, yadda. Now, with Trump about to lose the next election, do his peeps really want him to set the precedent that it’s OK for federal secret police just to snatch people off the streets, while the people they snatch are engaged in lawful behavior?

Only one day ago, I commented on a high school classmate’s Facebook post linking mask wearing to Islam. Only one day ago, I pointed out the Mike Pence, henceforth to be known as Mike ibn Hassan Pence, had undergone a religious conversion.

What a difference a day makes.

Now the whole Republican establishment—minus Trump—has declared that there is no god but Allah, and Mohammad is His Prophet. See WaPo, Republican leaders now say everyone should wear a mask—even as Trump refuses and has mocked some who do.

I understand that membership at the Islamic institute of Washington, depicted above, has grown exponentially.

Richard North Patterson sucks his thumb at considerable length in The Pandemic and the GOP’s Science Problem: The party’s uneasy relationship with science goes back decades. For me, this is the key part:

“It’s hard to know,” writes Max Boot, “exactly when the Republican Party assumed the mantle of the ‘stupid party.’” But one might look to the 1970s as the gateway to a politically calculated dismissal of scientific knowledge.

Having allied with evangelicals over social issues, the GOP’s political class found it expedient to honor fundamentalists’ most fundamental premise: creationism. Evangelicals flocked—and the GOP became an anti-evolutionary haven. As recently as last year, Gallup found that 55 percent of self-identified Republicans—as compared to 40 percent of the general population—agree with the statement “God created human beings pretty much in their present form at one time within the last 10,000 years or so.”

Conservative media vilified evolutionary science. “Everybody that believes in Darwinism is corrupt,” pronounced Rush Limbaugh in 2010. “Liberals love anything that allows them to say there’s no God.”

You may think my observations hyperbolic, but if you do, I would respectfully disagree. The emergence of someone like Trump became inevitable when, in the nineteenth century, parts of the Christian community concluded that Darwinism could not be reconciled with religion. That, therefore, Darwinism must be rejected root and branch. That there is an irreconcilable conflict between reason and science, on the one hand, and religion, on the other. That preservation of your immortal soul requires you to reject reason and science and embrace unsupported faith.

That reaction to Darwinism was by no means inevitable. But it happened. And it had a lot of consequences.

It forced people like me to make a choice as a teenager in the early 1960’s: my tribe, my ancestral religion, or my rational mind? I made that choice decisively. But it was really hard. And it’s really hard here in 2020, for a great many people.

In theory, you could adopt the view that science is a reliable guide to some matters—for example, what electricity is, and how it works—but an entirely unreliable guide to other matters, such as biology. But that requires a sort of metaphorical frontal lobotomy. Much more “logical,” somehow, to go whole hog, one way or the other.

So, if science is an entirely unreliable guide, it follows as the night the day that smoking doesn’t cause cancer, climate change is a hoax, and the coronavirus is going to disappear without any further effort on our part.

Darwin is going to win. Once again, Darwin will win this fight. Bigly. And brutally.

I hope it will be taken as a sign from God that you really do need to rethink your position on evolution and the whole science versus religion thing.

Amanda Marcotte, writing in Salon, has this to say:

There is no doubt that Trump is guilty, and keeping him in power is an abdication of the duty of congressional members to defend and uphold the Constitution. But it’s naive to think that this choice to back Trump’s criminality is being done out of fear. Instead, the likelier story is that most Republicans support Trump not despite, but because of his all-out assault on our democratic system.

Whatever word you want to use for it — fascism, authoritarianism, pick your poison — the grim reality is that Republicans, both politicians and voters, appear to be all in on this project. It’s painful to admit this, but Republicans have flat-out rejected democracy. As a group, they are pushing towards replacing democracy with a system where a powerful minority holds disproportionate and borderline tyrannical control over government and blocks the majority of Americans from having meaningful say over the direction of the country.

Republicans are not cowering in fear of Trump. On the contrary, they are exalting in his shamelessness. Watching Republicans at impeachment hearings, where they performed outrage for the cameras, lied with obvious glee and gloried in sharing conspiracy theories, it did not appear that they were intimidated by their president or anyone else.

No, Republicans clearly feel empowered by Trump. He frees them to reveal their darkest desire — which is to end democracy as we know it, and to cut any corners or break any laws necessary to get the job done. 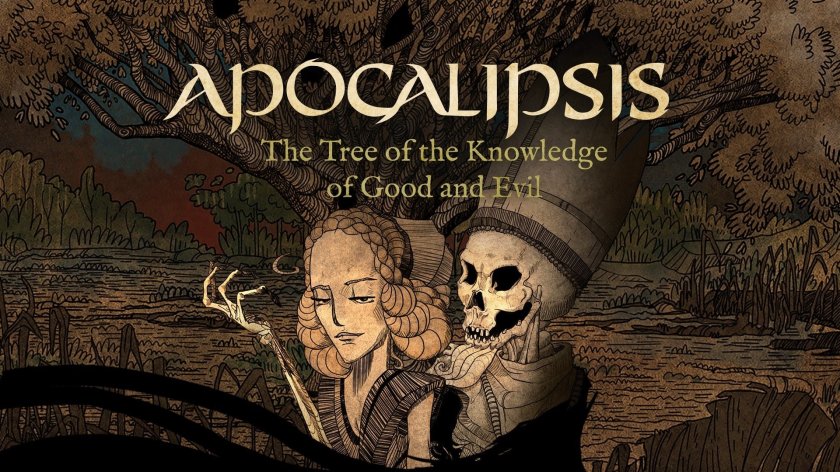 In the material quoted in the immediately preceding post, Paul Waldman argues, in substance, that Republicans have forgotten that they have eaten of the fruit of the tree of the knowledge of good and evil. That they have become prelapsarian men. That they believe that shamelessness is their superpower.

And, indeed, that is exactly what they seem to believe.

Let me tell you what I believe. But, first, to be precise, let me say what I mean by “believe.” I can be as sentimental as the next guy, but I speak here not of sentimental beliefs about a wonderful world—

Rather, I speak of the world as I actually understand it to be. And it’s generally not wonderful, at least for a lot of people a lot of the time.

That said, in the world as it actually exists—seen with brutal, cynical honesty—there remains a fundamental problem with incessant, shameless lying.

The problem is that if you are a shameless liar, there will come a time when people stop believing you.

And if no one believes you, that is a problem.

This morning, 43.3 percent of “likely or registered voters” “approve” Trump, while 52.9 percent “disapprove.” The difference—9.6 percent—is greater than the amount by which the Democrats won the House vote in 2018. (As usual, the percentages of “approvers” and “disapprovers” don’t add to 100; unsurprisingly, at least 3.7 percent of the adult population is just out to lunch.)

Meanwhile, Trump is polling at 41 or 42 percent against the best known Democrats.

In the United States, in view of the quirks of the Electoral College, you can win the presidency with less than 50 percent of the vote, depending on how your votes are distributed. But you need at least about 45 percent to come within spitting distance of winning.

Vox summarizes: The many 2020 polls are telling a pretty clear story.

Trump is still really unpopular. He’s generally quite unpopular in the most important electoral battleground states too. Here are the raw numbers for Trump in the states that are expected to be competitive in the 2020 election, according to the latest Morning Consult data:

It’s a grim picture. Wisconsin and Michigan were critical Midwestern pieces of Trump’s Electoral College puzzle, and he is now deeply unpopular in both states. Pennsylvania was maybe his most surprising win in 2016, and now he is 7 points underwater there. Perhaps Trump can take solace in his even job approval rating in Florida, but that is the only swing state where the president looks as strong as he did on Election Day 2016. Everywhere else, his support has deteriorated.

Much has been made of madness will ensue, and what mischief Trump will make, when he fully grasps that he is headed down the drain. And rightly so.

But an equally important question is how Republican elites will react. What post-Trump future will they envision? For those up for reelection, to what lengths will they go to placate the remaining Trump base? For those not up for reelection in 2020, will they continue to act like resident rodents on Trump’s sinking ship?

For the five Federalist Society justices on the Supreme Court, how much political capital will they want to spend to protect Trump’s sorry ass from the legal liability he so richly deserves?

Call me Pollyanna, but I think that—assuming crass, amoral reasoning on the part of the five Federalist justices—the answer will be, not bloody much.

I now have a reader in Iran, as of this morning. Let’s just try to stay out of war, OK?

Obama: “We can’t label everyone who is disturbed by migration as racist”

Brownstein, an acute political observer, acutely observes the main force behind Republican politics. Obama does what Obama does. Sullivan reflects on the expanding definition of whiteness in America, the alleged distinction between racism and mere racial conservatism, and why we should supposedly be concerned about asymmetrical multiculturalism. (Don’t know what that is? I didn’t, until I read Sullivan’s piece.)

I have a more basic point to make. People who aspire to influence and leadership in the progressive movement need to stop hemming and hawing about immigration. They need to have coherent, reasoned, humane, and defensible positions. If they are for open borders, say so, and explain why. If they are not for open borders, they need to say what rules they would apply, and why.

In particular, we need to have a coherent position on immigration from El Salvador, Guatemala, and Honduras. Yes, I know, we need to help the folks down there build livable countries. No doubt about it. But unless and until that happens, what should the US do about migrants from those countries?