I knew that Sessions lost the Alabama Republican Senate primary runoff, but I was curious to see the figures. Turns out that 39.3 percent of Alabama Republicans exercised the franchise for Sessions, which the remaining 60.7 percent picked Tuberville, whose three qualifications are

As to Sessions, well, it couldn’t happen to a nicer guy, and we can all enjoy a good belly laugh at his expense.

But my question is: what motivated almost 40 percent of Alabama Republicans to vote for a person that Orange Man was daily castigating and humiliating?

Could it be that a strong minority of Alabama’s white folks have decided this would be a good time to get off the Trump Train?

Could it be that they were sending Orange Man a message? 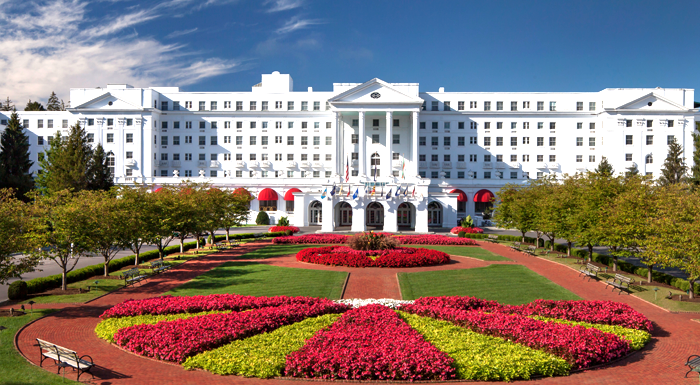 AND LO, IT SHALL COME TO PASS THAT ST. JERRY, ST. GARY, AND ST. FRANKLIN SHALL GATHER THEMSELVES TOGETHER IN THE UPPER ROOM OF THE GREENBRIER, FROM WHENCE THEY SHALL REPAIR TO DELIVER A NEW REVELATION UNTO THE PEOPLE

The immediately preceding post comments on the “evangelical” “leaders’” expulsion of Jeff Session from their island—and their promise to Trump that they will cheerfully lead their segment of the Republican base loudly to applaud any obstruction of justice in which he might wish to indulge. And see also Once-loyal Alabama delegation gives Sessions the cold shoulder—a situation that has resulted in my friend Hans’ experiencing intense Schadenfreude.

So, for the moment, Dr. Faustus is still sticking with the devil, hoping against hope that the really bad bargain he made will work out in the end, after all.

But Faustian bargains never work out.

Aardvark still prophesies that, when the jig is about up, the court evangelicals will gather at some suitable watering spot—I strongly recommend the Greenbrier, where so many corporate conspiracies have been hatched—and receive a revelation from the Holy Ghost that God no longer supports Donald Trump.

If they could throw their good bud Jeff Sessions under the bus, then, Donald, the same fate surely awaits you.

And here is the icing on the cake: the “evangelical leaders” are accusing Sessions of being a hypocrite.

Meanwhile, In Other News

Facing severe criticism over its flag policy during John McCain Adulation Week, the White House has changed its policy.

And, May I Say, It Couldn’t Happen to a Nicer Guy

In forsaking Sessions, faith leaders are turning on one of their own, a man who for decades fought in the political trenches for conservative Christian causes. As a senator from Alabama, Sessions was one of the first Republicans to endorse Trump’s long-shot presidential campaign, taking heat from his party in return. …

At an Aug. 8 speech, the attorney general received a standing ovation from faith leaders after he praised the Trump administration’s record.

“The people of this nation are still the most religious nation in the developed world. Yet people of faith are facing a new hostility. Really, a bigoted ideology which is founded on animus towards people of faith,” Sessions told the assembly at Alliance Defending Freedom.

“Fortunately, President Donald Trump has heard these concerns,” Sessions said. “He made a promise — and from day one of this administration he has delivered. He is defending religious freedom at home and abroad.”

Yeah, I know, you make up your own mind about what you must read. And well you should. But please consider these.

The Washington Monthly answers, at least to its own satisfaction, the question, Why Did Sessions Pivot 180 Degrees in His Views on Russia? Massive intrigue. $11 billion deals. Intense skullduggery.

Why the Delay in the Revised Muslim Ban?

****Aardvark Confirmation Bias Alert****Because they ain’t got no stinkin’ evidence to support it.

To pass, it would have to strike some sort of balance between destroying health care for everybody, which the traditional conservatives/libertarians want, and keeping subsidies for lots of people, which the “moderates” want, so that it won’t be compared too unfavorably vis-à-vis Obamacare. But there aren’t enough votes for that kind of compromise.

The only way to steamroll all the Republican factious is bullying from Trump. Which he probably won’t do. Which might well not work if he tried it. And which, if it did work, would seriously undermine Trump with his base—when lots of them lose their health care.

Many paragraphs. A deep thought in every one. Read it for yourself. Brooks concludes thusly,

Fourth, Trump’s speech on Tuesday offered those of us who want to replace him an occasion to ask the big question: How in the 21st century should government unleash initiative and dynamism while also preserving order? Trump’s answer: Nationalize intimidation but privatize compassion. Don’t look to government to offer a warm hand; look to it to confront your enemies with a hard fist.

Human development research offers a different formula: All of life is a series of daring adventures from a secure base. If government can create a framework in which people grow up amid healthy families, nurturing schools, thick communities and a secure safety net, then they will have the resources and audacity to thrive in a free global economy and a diversifying skills economy.

The last thing Trump showed was this: We’re in a state of radical flux. Political parties can turn on a dime. At least that means it’s a time to think anew.