I feel a need to begin by defending the effort to think reasonably in this unreasonable age.

I didn’t watch the impeachment today. I was down at the car place, waiting in the sitting room while they were working over the old buggy. The teevee was tuned to something other than politics—probably a good thing, all things considered. So I treated myself to the first part of Jill Lepore’s book, These Truths, wherein the author scours American history for a reliable answer to the question, Are humans capable of rational self-government, or are they forever doomed to rule by autocrats?

I look forward to learning her final answer, but in the meantime, I still see a role for reason and analytical thinking. And so, with that thought in mind, I would like to offer

Where the facts and the applicable rules of law and sound public policy show that your adversary is guilty as sin, force the other side to try to defend itself by relying on an absurd abstract legal/policy argument—an argument so ridiculous that it fails the Hee Haw Test.

Thus far, we are in good shape on this account.

Jonathan Turley, Where the Trump defense goes too far

The House Republicans’ expert witness on constitutional law lays out how Alan Dershowitz has his head wedged deeply within his ass:

It is a view that is at odds with history and the purpose of the Constitution. While Framers did not want terms such as “maladministration” in the standard as dangerously too broad, they often spoke of impeachable conduct in noncriminal terms, such as Justice Joseph Story referring to “public wrongs,” “great offenses against the Constitution” or acts of “malfeasance or abuse of office.” Alexander Hamilton spoke of impeachment trials as addressing “the misconduct of public men, or, in other words, from the abuse or violation of some public trust.” …

In this impeachment, the House has decided to go forward on the narrowest articles with the thinnest record of a presidential impeachment in history. However, many senators may be legitimately leery of buying what the White House is selling with its categorical approach [to the abstract question of what is impeachable conduct]. There is a vast array of harmful and corrupt acts that a president can commit outside of the criminal code.

Also putting the lie to current Trumpian constitutional analysis: none other than William P. Barr, his very own self:

Charlie Savage, Barr Once Contradicted Trump’s Claim That Abuse of Power Is Not Impeachable: In a memo for the Trump team during the Russia investigation, the attorney general wrote that presidents who misuse their authority are subject to impeachment.

Do not, yourself, in the heat of overzealous advocacy, adopt an argument that also flunks the Hee Haw Test.

Such an unwise argument would be the claim that Congress, not the judiciary, is the body with the sole power to decide claims of executive privilege, in the face of alleged executive misconduct.

Or the claim that the President may be impeached for a non-frivolous legal claim of executive privilege.

I have detected, among some on our side, the overtures to argumentation along these lines. But I believe Shifty Schiff and his merry band of brethren and sistern are smart enough not to go down that rabbithole.

Yes, the courts do indeed have the power to umpire claims of executive privilege. And no, the assertion of non-frivolous claims in court should not be the basis for impeachment—however much you may understand the claims to be “dilatory” and made “in bad faith.”

The crucial point here is that Trump declared, and then acted on, an intent to oppose any and all oversight, whether or not he had non-frivolous arguments against congressional inquiry.

The defense would love to have a big frigging argument about something other  than what happened in in this case. It is a time-honored gambit. It’s one I faced in the last big case of my legal career. Took us a while to whup ’em, but whup ’em, we did.

I see that I have some Ukrainian readership this evening. Hang in there, guys. 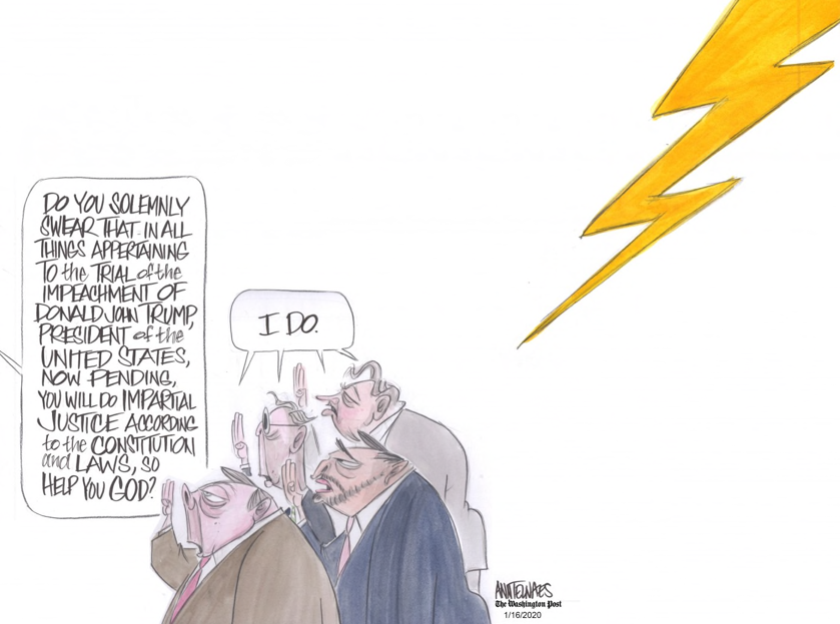 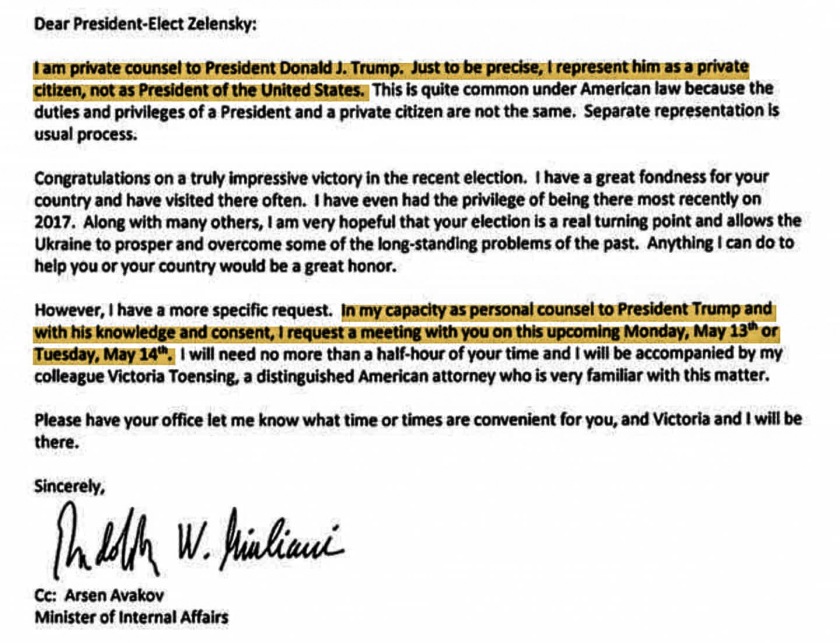 Here is what seems to be going on, as of this morning.

The man is flailing around to keep his flock together. Right now, Moscow Mitch is postponing key votes, on witnesses and documentary evidence, in hopes that somehow he will get to 51 votes for doing things his way.

But time is not on his side. The longer it drags on, the worse it looks for Doofus Donald and Moscow Mitch.

Now, I know that some of you out there in internetland have a visceral feeling that our political enemies are ten feet tall—and are adroitly playing some kind of evil three-dimensional chess.

But read the three sourced referenced above, and think again.

Greg Sargent, How GOP senators are already pre-spinning their coverup for Trump

Sargent has a different take from Jennifer Rubin.

Sargent thinks the Republicans’ cynical strategy will be (1) to reject Trump’s call to dismiss the charges before hearing any arguments—which is supposed to make them look “fair”—then (2) hear arguments of counsel, and then (3) vote to acquit without hearing any witnesses.

I share Sargent’s assessment of their utter shamelessness, but my overall reaction: it’s too clever by half.

Whenever your client is in deep doodoo, there’s often someone sitting in the conference room who comes up with a really clever proposed stratagem. I call it the “cuter than Bambi approach.”

OK, So What Will Trump’s Argument Be?

In addition to the general Bambi problem with this alleged strategy, there’s the more specific question, What will Trump’s lawyers argue?

If they argue that the House case is too indirect and too circumstantial, then anyone who votes to acquit without hearing the direct testimony looks really bad.

On the other hand, they might deep-six the “too indirect/too circumstantial” claim and go for the “not impeachable” argument, and try to draw all manner of purported comparisons with purported bad acts of Obama and other past presidents that did not result in impoeachment efforts.

At that point, the vote to acquit becomes the analogue of a judge’s granting summary judgment under Rule 56 of the Federal Rules of Civil Procedure.

I have said it before and I’ll say it again, if that’s the game the Republicans want to play, just fine by me. We will have had a nice national debate about what’s impeachable and what isn’t impeachable, and we’ll see them in November. 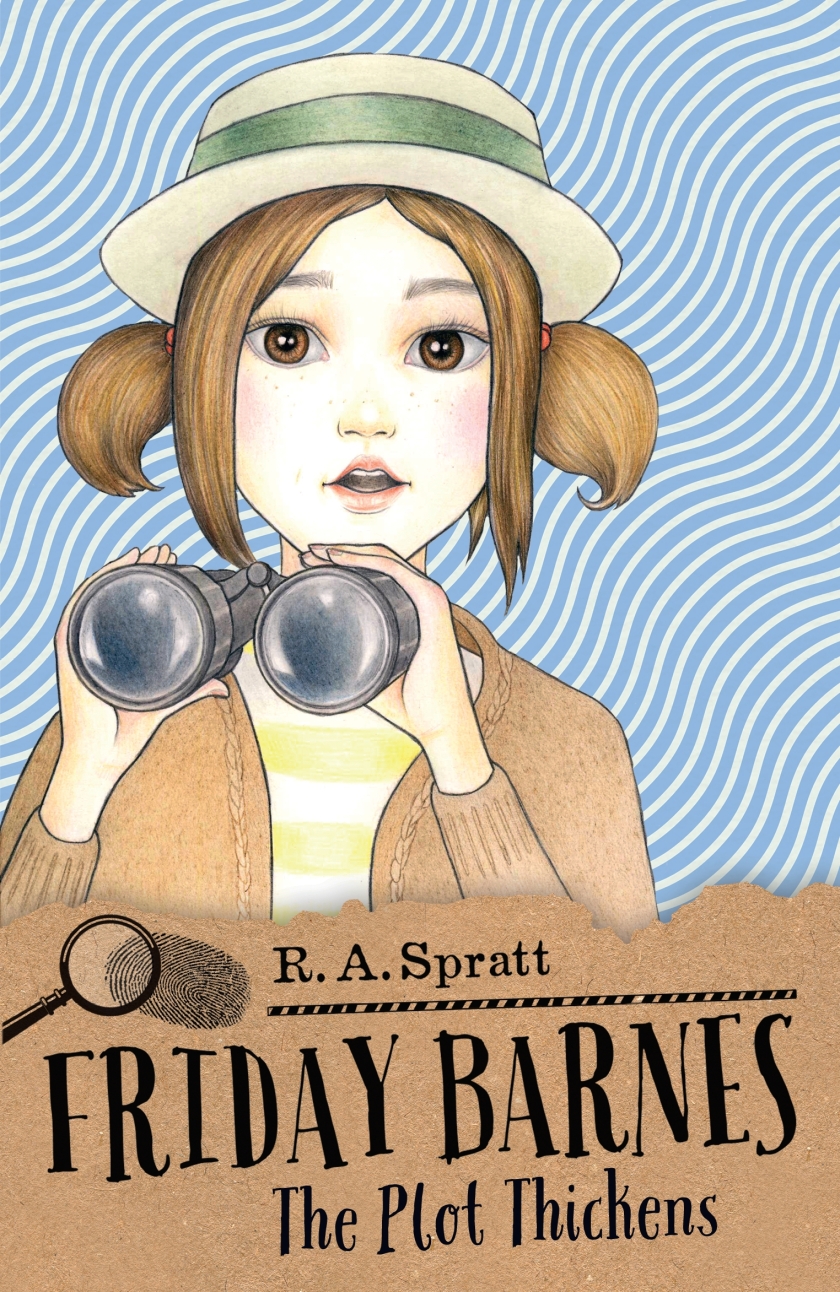 I find it gratifying that, in the depraved circumstances in which we live, there remains some role for logic. Rationality doesn’t matter much any more, but it still matters, at least a little.

Let’s take this in steps. Nothing new in the analysis below, but it seems the talking heads keep forgetting the key points.

No real surprise there.

Of course, he would.

If that is true—a big “if”—then it’s a sane decision on their part, but also a surprising decision.

I find that both very interesting and somewhat surprising.

The reason I find it somewhat surprising is that it’s by far the best argument Republicans have, if they are bound and determined to acquit.

Their alternative route to acquittal is a real stinker.

Schumer names the witnesses, and describes the documents, the Democrats are calling for in the trial.

Over to you, Orange Man. You gonna muzzle the witnesses, burn the documents, and then bay at the moon over “no direct evidence”? 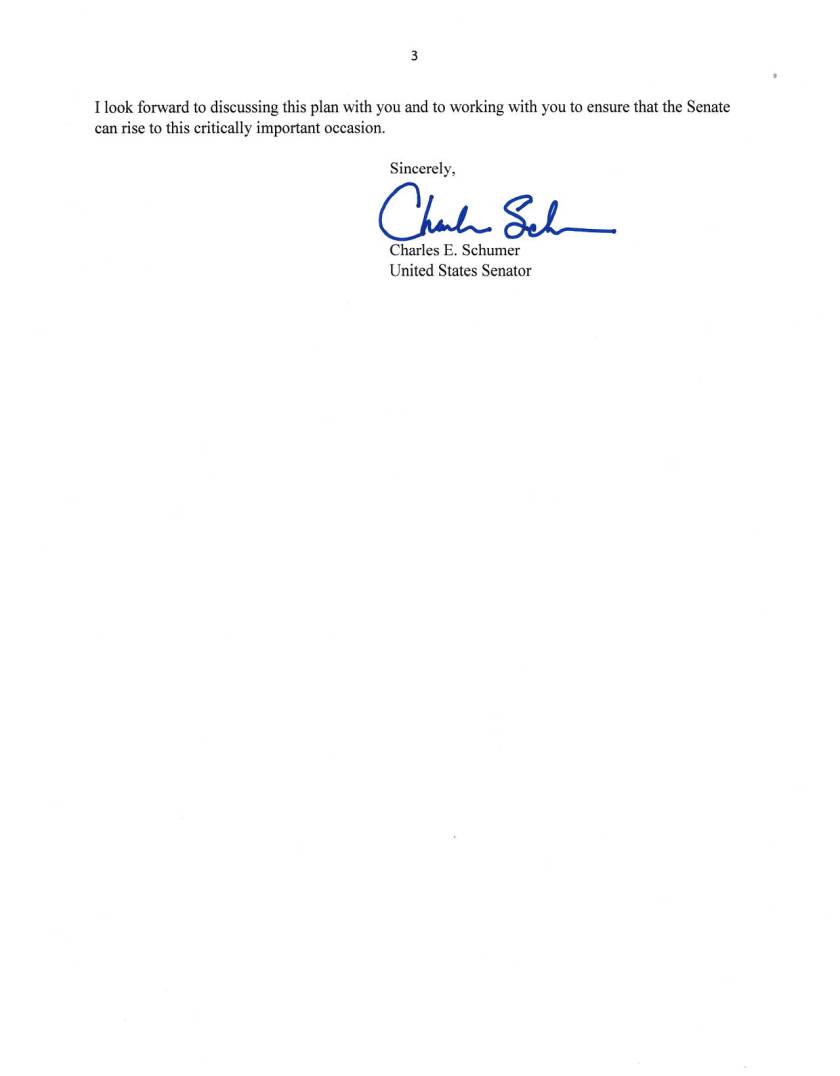