Trump Lauded Farmers, Medicare and AIDS Programs. Then He Unsheathed the Budget Knife.

So, here’s a message for all the I-hate-brown-people and all the fetus-people who think you have to cling to the low-tax people and the deregulation-people to keep from going down.

The message is, you may be right, but there is a price to pay for your brown people hatred and your love of fetuses.

Because the low-tax people and the deregulation people won’t just stop with low taxes and lots of deregulation.

They’re coming for your health care, too.

They really don’t care if you die.

When Ross Douthat sucks his thumb over Roman Catholic theological controversies, my eyes glaze over. Aardvark ain’t got no dog in THAT fight.

If Obamacare repeal is really dead for the year 2017, both left and right have a chance to shake their minds free of the health care debate and ask themselves: What are the biggest threats to the American Dream right now, to our unity and prosperity, our happiness and civic health?

I would suggest that there are two big answers, both of which played crucial roles in getting a carnival showman who promised to Make America Great Again elected president. First, an economic stagnation that we are only just now, eight years into an economic recovery, beginning to escape — a stagnation that has left median incomes roughly flat for almost a generation, encouraged populism on the left and right, and made every kind of polarization that much worse.

Second, a social crisis that the opioid epidemic has thrown into horrifying relief, but that was apparent in other indicators for a while — in the decline of marriage, rising suicide rates, an upward lurch in mortality for poorer whites, a historically low birthrate, a large-scale male abandonment of the work force, a dissolving trend in religious and civic life, a crisis of patriotism, belonging, trust.

Having laid this predicate, Douthat goes on,

Now a follow-up question: Is the best way to address either of these crises to spend the next five years constantly uprooting and replanting health insurance systems, and letting health care consume every hour of debate?

We come now to Aardvark’s first question, and it goes to my progressive friends.

And the question is,

Doesn’t Douthat actually have a pretty good point about priorities?

Here comes the second question, and it’s for you, Mr. Douthat. Ross, like many of your ilk, you speak of single payer health care systems as though only an insane person could even entertain the idea. In today’s column, for example, you refer, and I quote, to “outlandish single-payer expectations,” and you speak condescendingly of “single-payer dreams.”

So here’s the question:

We have all heard of “American exceptionalism.” But what, in your humble opinion, makes America so bloody exceptional that it is a pipe dream to have efficient socialized medicine in America, when all other advanced capitalist countries have some form of single payer systems?

In short, what is it about us that means we Americans can’t have nice things?

Perhaps once the Republicans destroy our health care system, Mexican immigrants won’t want to come here. It’ll be kind of like a wall. 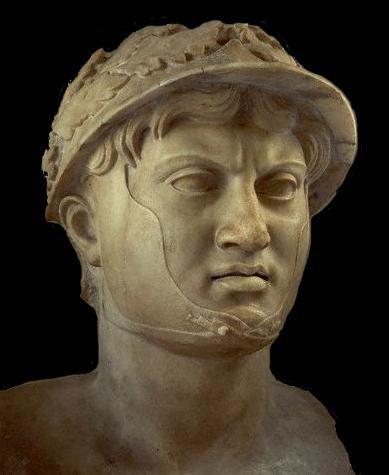 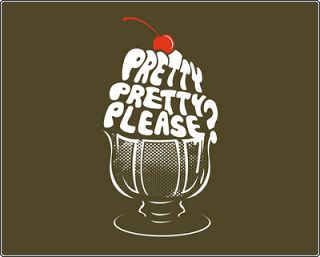 In his Oval Office remarks on the evening of March 24—the day Trumpcare bit the dust—master logician Donald Trump blamed his party’s failure to govern on … the Democrats!

Moving on from that elevated beginning, Trump went on predict the implosion of Obamacare and let us in on how much delight he will take in blaming said allegedly forthcoming implosion on—take three guesses—the Democrats!

These developments, he confidently predicted, will force the evil, cowardly Democrats to crawl into the Oval Office, praise his fine new suit of clothes, lick his feet, and beg to be allowed to cooperate in fixing the imploding Obamacare legislative project.

It was an odious invitation. If anyone is inclined to accept it, they will need to bear in mind that he who would sup with the devil should bring a long spoon.

Should Democrats give it a whirl anyway? And how do they answer the underlying questions: Is Obamacare “imploding” or isn’t it? (Much of the discussion of that question has a superficially partisan ‘tis/t’ain’t/’tis/t’ain’t quality about it; where does the truth really lie?) Insofar as there are real problems with Obamacare, not just partisan bullshit, how would reasonable people go about fixing the problems? And is there an icecube’s chance in hell that at least some Republicans could be persuaded to work with Democrats to find real solutions? (This would require, among other things, that Paul Ryan invite the “Freedom Caucus” to kiss is ass. After this evening, Ryan might welcome the opportunity to make such a declaration.)

I intend to inform myself better on these matters and, in future posts, to share the gist of what I think I have learned. My working hypotheses are that

I tend to think the Democrats should make, and should be seen to be making, a good faith attempt to work with whoever is willing to work with them on these problems.

Because Breitbart News is against it.

And we know who gets all his “information” from Breitbart News.

President Donald Trump told a bipartisan group of governors at a White House reception Monday morning that GOP tax reform would have to wait for lawmakers to move on repealing Obamacare, cautioning that, “Nobody knew that health care could be so complicated.”

“I have to tell you, it’s an unbelievably complex subject,” Trump said.

For health policy experts and Democrats who spent the last eight years overhauling the nation’s health care system in the face of GOP intransigence, Trump’s admission that health care is hard dripped with irony. Republicans, in the mean time, voted repeatedly to repeal the Affordable Care Act, but made little progress on settling on what their replacement would look like, a conundrum that is haunting them now.

These Iowans voted for Trump. Many of them are already disappointed.

I Did Ruth Bader Ginsburg’s Workout. It Nearly Broke Me. Pumping iron with RBG’s personal trainer is no joke.

Unlike some people he could name, Aardvark understands the difference between a hunch and a proven fact. Aardvark does not claim his hunches are proven facts. What follows is a hunch.

Trump claims that he has an Obamacare replacement bill all ready to go, but for a few minor tweaks and maybe a final run through spellcheck; that this bill will provide insurance for all; that the copays will be much lower than those available under Obamacare; and that the quality of health care will be much better than what is currently on offer.

I don’t think there is a bill. I think he just pulled it out of his ass.

And why might he do such a thing? Five reasons: 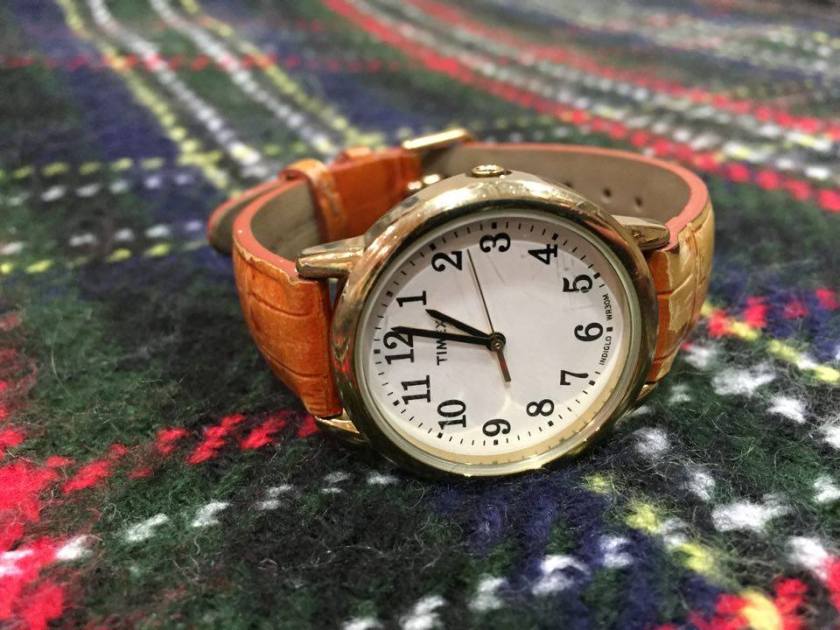 From the Washington Post this evening comes word that

President-elect Donald Trump said in a weekend interview that he is nearing completion of a plan to replace President Obama’s signature health-care law with the goal of “insurance for everybody,” while also vowing to force drug companies to negotiate directly with the government on prices in Medicare and Medicaid.

And so, in the remote event that Trump is to be believed, we are about to see a colossal confrontation between financial interest and fear of Trump’s mob. “’They’re politically protected, but not anymore,’ he said of pharmaceutical companies.”

“I think we will get approval. I won’t tell you how, but we will get approval. You see what’s happened in the House in recent weeks,” Trump said, referencing his tweet during a House Republican move to gut their independent ethics office, which along with widespread constituent outrage was cited by some members as a reason the gambit failed.

Depicted at the top of this post is a stopped watch from Poland. It is right twice a day. Just so, the Donald is right to advocate “insurance for everyone” and price negotiations with the drug companies.

But is he right to think that bluster, bullying, and fear of Trump voters will overcome profound financial self-interest on the part of those in the pay of Big Pharma? Will all those folks who take Pharma’s shilling experience a mass Damascus experience?

I don’t think so. And corporate America may be poised to learn that while Marco Rubio and Mike Pence may yearn to be their well groomed, well spoken, well compensated towel boys in the corporate brothel, Trump yearns to be their master, the capo di tutti capi. It’s the billionaire class that is about to stroll down the road to Damascus.

And the revelation they will receive is that the time has come to take down the Donald and replace him with the Pence. 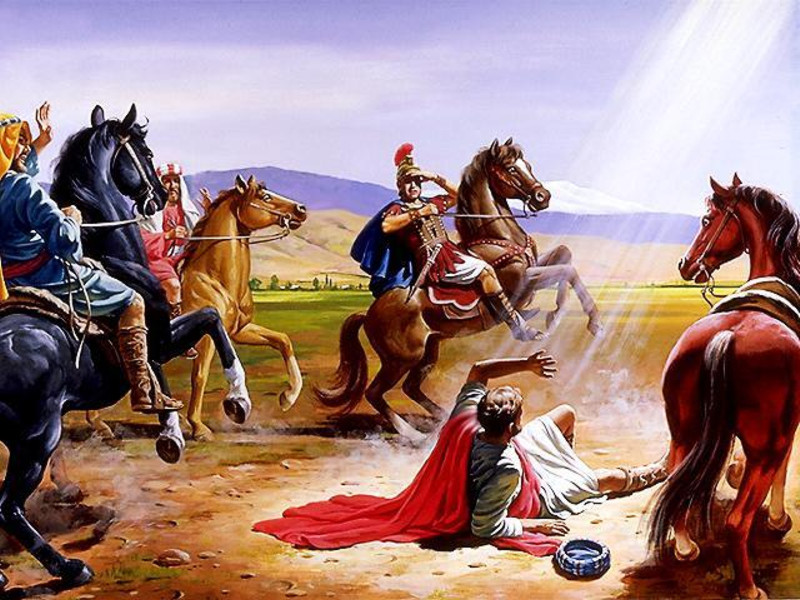 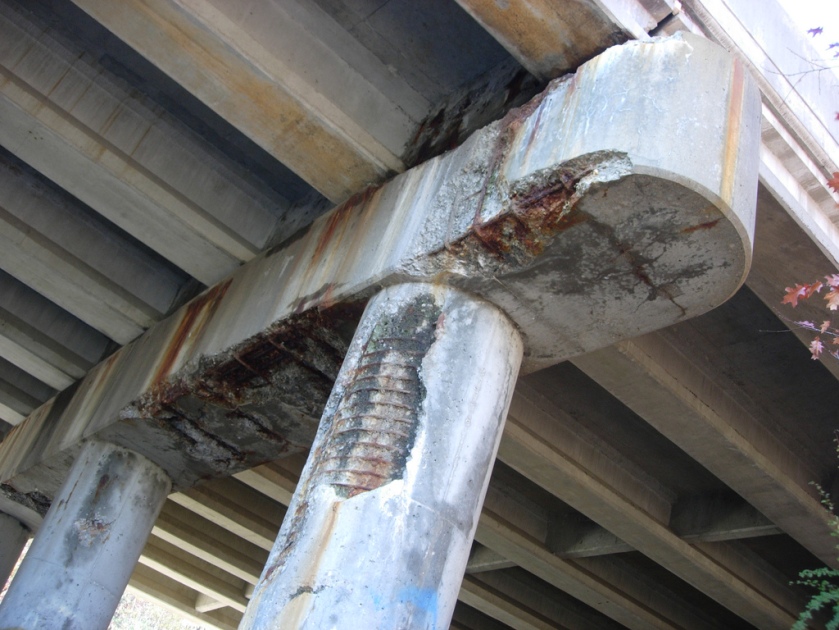 That’s the topic E.J. Dionne addresses this morning. He has many interesting things to say, but I find his overall message a little muddy—and understandably so.

Dionne argues that Democrats need relentlessly to oppose racists, racism, and Trump’s other nastiness. That is clear, and among people of good will there is no controversy about it.

But what if Trump proposes programs that might actually improve the economic lives of working class Americans—programs that would almost surely sew discord between the Trumpistas and the establishment Republicans?

Should Democrats work with Trump? Or should they adopt the same strategy that Mitch McConnell employed, and oppose him on all things, including the things they would endorse if the president were a Democrat?

Dionne doesn’t quite say it, but implies that if something Trump proposes actually does improve the economic position of the working class, he will grab all the credit for it and use his credit grab to further entrench his racist nonsense.

Of course, the whole discussion is premised on the assumption that Trump might present proposals on infrastructure and health care that would actually help his base of supporters. Maybe he won’t. In which case E.J. Dionne and Chuck Schumer can breathe a sigh of relief, as they climb down from the horns of a dilemma.