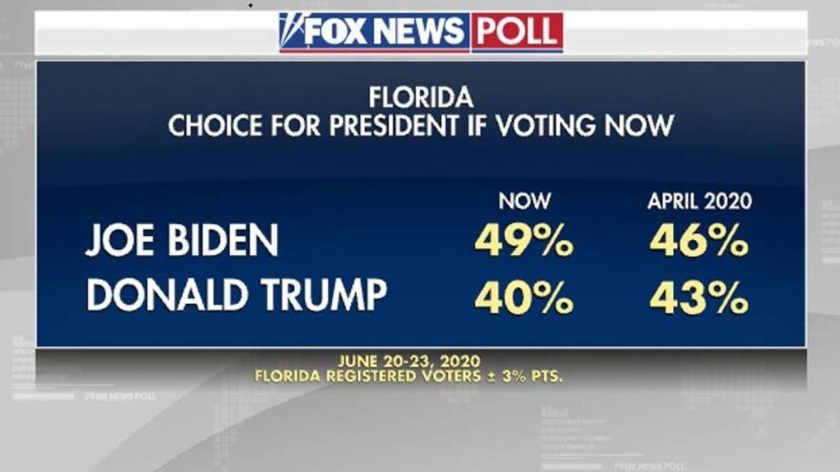 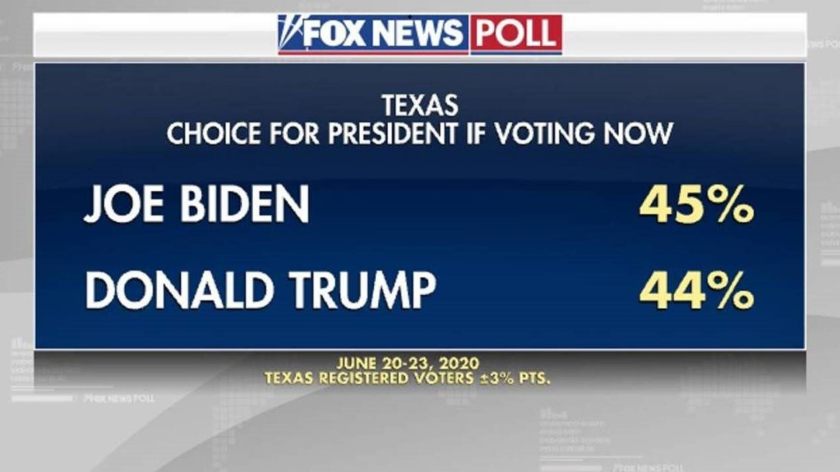 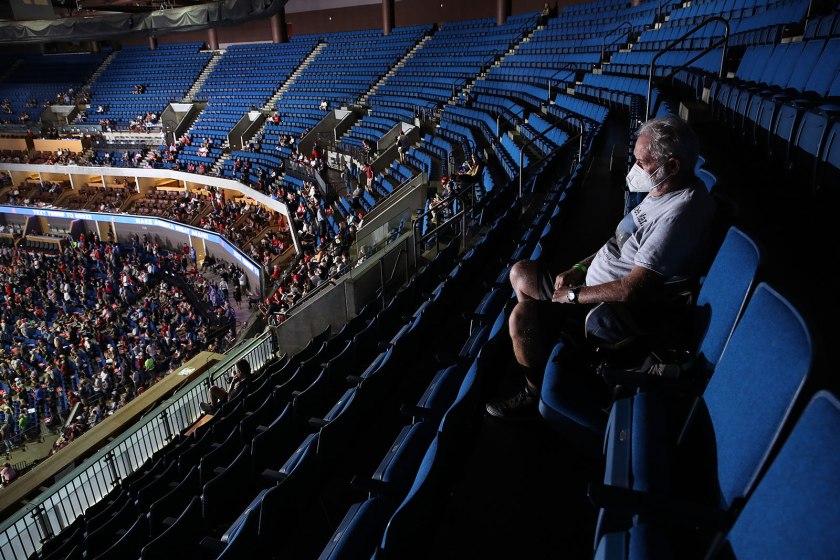 The BOK Center in Tulsa seats 19,199 people. 6,200 showed up for the Trump rally last night. That would be according to “Andrew Little, the Public Information Officer for the Tulsa Fire Department, [who] confirmed to Forbes on Sunday that a tally taken by the fire marshal clocked the turnout at just under 6,200 people, far fewer attendees than the campaign expected.”

With 6,200 people to fill 19,199 seats, they could have sat so that each attendee had open seats on the left and the right. Did they do that? Mostly not. Apparently, because they wanted to create a photo of 6,200 people willfully endangering their lives.

Meanwhile, from late last week, we have this breaking news from an unimpeachable source: 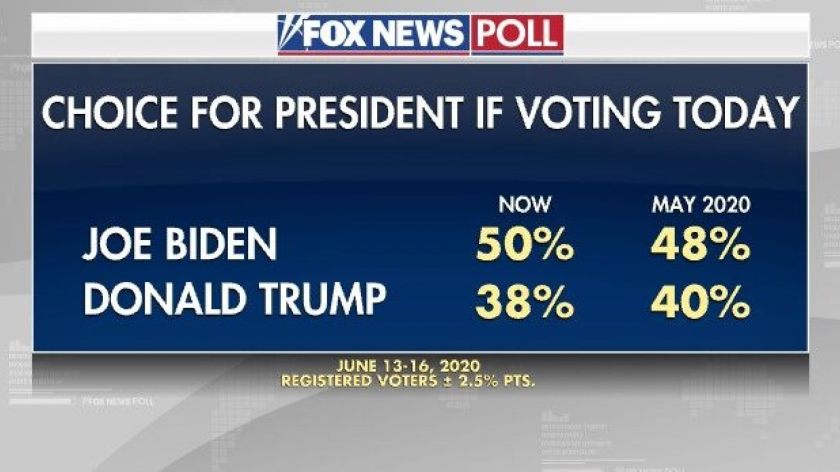 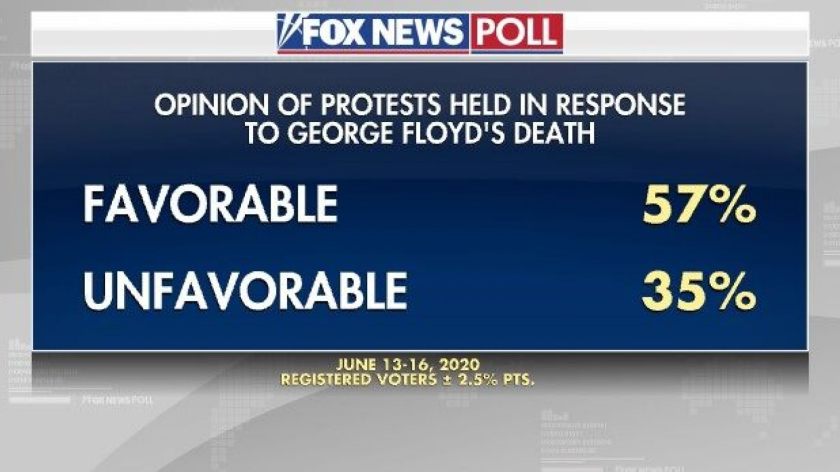 From the Fox News poll conducted between March 21 and March 24: 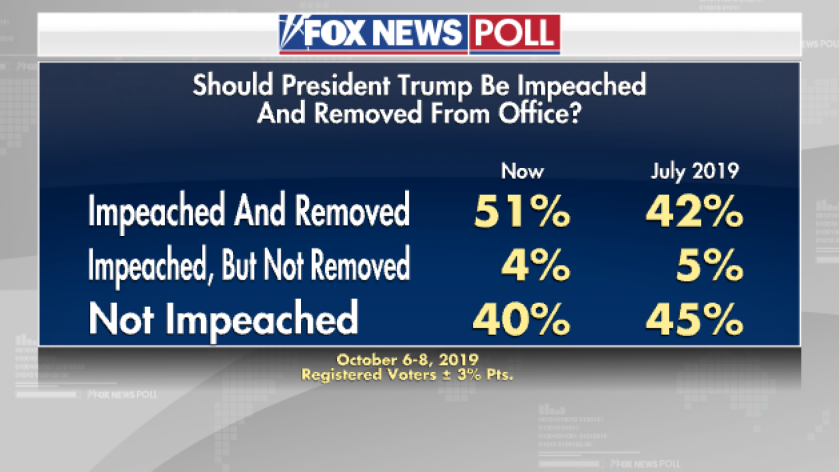 It Appears Trump Somewhat Misunderstimated the Credulity of His Audience

Just over half of voters want President Trump impeached and removed from office, according to a Fox News Poll released Wednesday.

Since July, support for impeachment increased among voters of all stripes: up 11 points among Democrats, 5 points among Republicans and 3 among independents. Support also went up among some of Trump’s key constituencies, including white evangelical Christians (+5 points), white men without a college degree (+8), and rural whites (+10).

Among voters in swing counties (where Hillary Clinton and Trump were within 10 points in 2016), support for impeachment increased to 52 percent, up from 42 percent in July.

Today’s NBC/Wall Street Journal poll is consistent with the picture painted by last week’s Fox News poll. Among the highlights:

Last but not least, please observe that in the new poll, as in the Fox poll, there are about three percent of us who are willing to tell a pollster that they “approve” of Trump, but who are not going to vote for him again unless the Democrats nominate Beelzebub.

This, friends and neighbors, is an anomaly. A lot of the pundits are trying to explain the anomaly by saying that these are folks who “approve” of Trump because they like the economy, and I am sure there is some truth in that. But I think a goodly number of them are thinking fetuses, thinking judges, thinking tax cuts, and thinking deregulation. But much as they like the fetuses, the judges, the tax cuts, and the deregulation, they have just had a belly full of Donald J. Trump and long to see his fat ass out from behind the Resolute Desk.

Whatever the best explanation may be, the bottom line is that a little slice of the Trump “approvers” just are not going to vote for him again.

And, like profit or loss, winning or losing elections is often the small difference between two large numbers.

Writing in the Washington Post, Aaron Blake sees 2 troubling signs for Trump in this new Fox News poll. The first of the two signs is the one I addressed in my post on Thursday: in Mr. Blake’s words, “roughly 4 percent of registered voters say they approve of Trump but they’re not ready to vote for him.”

Big switcheroo from 2016, when a whole lot of the people who didn’t like Clinton and didn’t like Trump decided to take a flyer on the Orange Man.

Mr. Blake sucks his thumb trying to explain the mystery in these numbers. I do not believe there is any particular mystery in it. When you are a miserable, rotten human being, that tends to dampen your popularity.

Now Before You Hop Up and Down …

… and accuse me of advocating complacency, let this be said. Yes, it’s a long way to the election. Yes, a lot could happen. And no, it is not God’s gospel truth that Trump’s absolute 2020 ceiling is 39 percent of the vote.

Even so, all the data currently available, taken together and interpreted with reason and common sense, point toward the conclusion that he’s circling the drain.

According to the latest news from an unimpeachable source,

Please observe how remarkably stable Trump’s numbers are. At this point, the data are telling us that who we nominate makes some difference in how many of our people come out to vote for the Democratic candidate (as opposed to staying home or voting third party). But who we nominate seems to make almost no difference in how many people are actually planning to come out and vote for Trump. Sleepy Joe? The crazy socialist? Pocahontas? The shrill dark-skinned woman? A ham sandwich? Don’t make no nevermind. Whoever it is, just under 40 percent of the voters are prepared to hold their noses and pull the lever for Trump.

Furthermore, please observe how consistent these data are with the 54/32/12 percent split I discussed in a previous post. To elaborate: people who tell pollsters they “approve” of Trump are still around 43 percent. (In fact, according to fivethirtyeight.com this evening, it’s exactly 43.0 percent among “likely and registered voters.”) But, of this 43 percent, only 32 percent of all voters are hard core Trump voters. The rest of the “approvers” are squishy “approvers”—they are people who say they will “consider” voting for Trump.

Right now, considering the available Democratic options, and considering everything else they might think worthy of consideration, most of these squishy Trump voters will still support Trump, but a goodly minority of them are ready to get off the Trump train.

As I said at the beginning, Fox News is trying to tell the Trumpster that he is in deep doodoo. Will he get the message? Will he take the steps that a sensible person in his position would take, in an effort to forestall disaster?

I don’t think so. 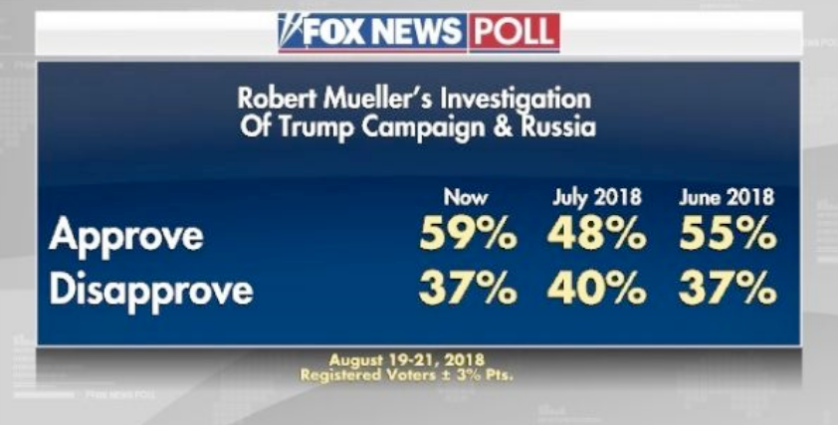 No, gentle readers, I did not make this up. Check the link if you think I’m just yanking your chain.

Democrats are in a strong position for the midterms, according to the latest Fox News poll.

Several findings point to the potential for a blue map in November:

– Republicans alone say the economy is in positive shape.

– Optimism about life for the next generation of Americans is down eight points from last year.

– There is greater enthusiasm to vote in the midterms among out-of-power Democrats.

Meanwhile, the Trump/Russia probe isn’t going away.  Approval of Special Counsel Robert Mueller stands at 59 percent, up 11 points since July, and 40 percent expect the investigation will find Trump committed criminal or impeachable offenses, up 5 points.

Thanks to Vasari for sharing the headline.

Thanks to Hans Jungfreud for this observation from Germany:

On January 30, 1933, as hordes of Nazis paraded in Berlin to celebrate Hitler’s inauguration as chancellor, Max Liebermann, the aged impressionist painter and president of the Prussian Academy of Fine Arts, said: “I cannot possibly eat as much as I would like to vomit.”

Thanks to David Brooks, who tells us this morning that Trump’s incompetence will save us from Trump’s fascism:

If the figure at the center can’t give consistent, clear and informed direction, the whole system goes haywire, with vicious infighting and creeping anarchy.

Some on the left worry that we are seeing the rise of fascism, a new authoritarian age. That gets things exactly backward. The real fear in the Trump era should be that everything will become disorganized, chaotic, degenerate, clownish and incompetent.

The real fear should be that Trump is Captain Chaos, the ignorant dauphin of disorder. All the standard practices, norms, ways of speaking and interacting will be degraded and shredded. The political system and the economy will grind to a battered crawl.

Thanks to someone named Maria Konnikova, who writes, in a learned and deeply pessimistic article (Trump’s Lies vs. Your Brain), of how Captain Bullshit’s prevarications are bound to overwhelm us all.

Thanks to Fox News—an unimpeachable source if there ever was one—for confirming, with its own polling, what other polls have shown: that Trump’s approval rating has dropped precipitously. 54 percent of registered voters “disapprove of how Donald Trump is handling the presidential transition,” 37 percent “approve,:” and six percent “don’t know.”

The audience is already getting tired of the clown show.