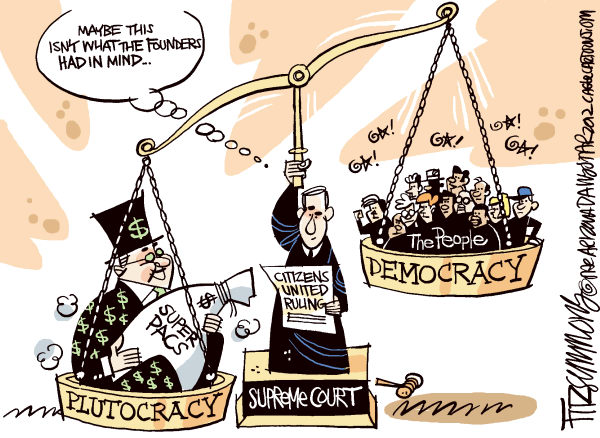 Many—not all, but many—of our country’s plutocrats have signed on to an overarching strategy: manipulate the system so they stay in power and enforce their will, no matter what the majority want.

To that end, they have employed a variety of tactics. Today, I have addressed three of them.

When You Control the Legislature, Use Contemporary Software to Draw Districts So That You Always Win (or So You Think)

As explained in more detail in the post, this gambit is alive and well. But I think this particular glass is at least half full.

This scam is seriously beginning to unravel. Bigly.

The undercount-the-brown-people gambit appears to be in deep doo-doo.

Some in the United States adhere to Marxism-Leninism and some espouse McConnellism-Ryanism. Both sects are small, though I admit the latter probably outnumber the former.

Because they are a very small sect, the McConnellists-Ryanists cannot win elections without conning a large number of rubes. Their efforts are hilarious.

And not only that.

When Moore was in college, he matriculated night and day.

He shamelessly shared with same curriculum as the co-eds.

And his sister is a thespian.