Winston goes to his job in the Records section of the Ministry of Truth, where he works with a “speakwrite” (a machine that types as he dictates into it) and destroys obsolete documents. He updates Big Brother’s orders and Party records so that they match new developments—Big Brother can never be wrong. Even when the citizens of Airstrip One are forced to live with less food, they are told that they are being given more than ever and, by and large, they believe it. This day, Winston must alter the record of a speech made in December 1983, which referred to Comrade Withers, one of Big Brother’s former officials who has since been vaporized. Since Comrade Withers was executed as an enemy of the Party, it is unacceptable to have a document on file praising him as a loyal Party member.

Winston invents a person named Comrade Ogilvy and substitutes him for Comrade Withers in the records. Comrade Ogilvy, though a product of Winston’s imagination, is an ideal Party man, opposed to sex and suspicious of everyone. Comrade Withers has become an “unperson:” he has ceased to exist. Watching a man named Comrade Tillotson in the cubicle across the way, Winston reflects on the activity in the Ministry of Truth, where thousands of workers correct the flow of history to make it match party ideology, and churn out endless drivel—even pornography—to pacify the brutally destitute proletariat. 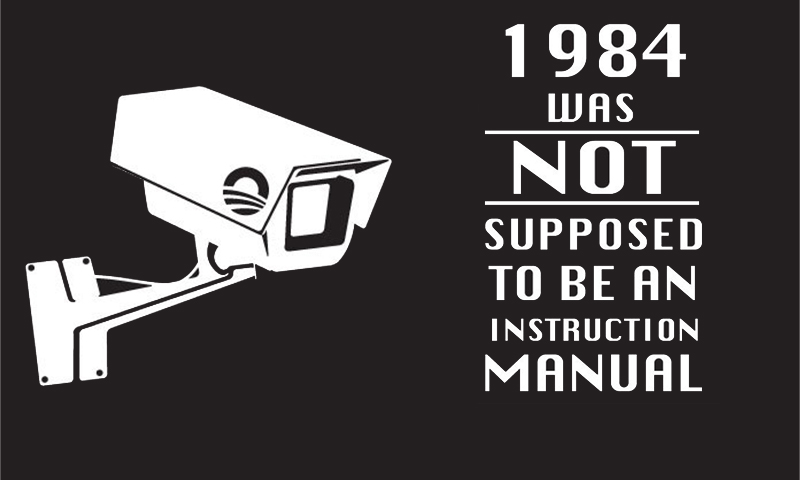 Winston dialed ‘back numbers’ on the telescreen and called for the appropriate issues of ‘The Times’, which slid out of the pneumatic tube after only a few minutes’ delay. The messages he had received referred to articles or news items which for one reason or another it was thought necessary to alter, or, as the official phrase had it, to rectify. For example, it appeared from ‘The Times’ of the seventeenth of March that Big Brother, in his speech of the previous day, had predicted that the South Indian front would remain quiet but that a Eurasian offensive would shortly be launched in North Africa. As it happened, the Eurasian Higher Command had launched its offensive in South India and left North Africa alone. It was therefore necessary to rewrite a paragraph of Big Brother’s speech, in such a way as to make him predict the thing that had actually happened.

As soon as all the corrections which happened to be necessary in any particular number of ‘The Times’ had been assembled and collated, that number would be reprinted, the original copy destroyed, and the corrected copy placed on the files in its stead. This process of continuous alteration was applied not only to newspapers, but to books, periodicals, pamphlets, posters, leaflets, films, sound-tracks, cartoons, photographs—to every kind of literature or documentation which might conceivably hold any political or ideological significance. Day by day and almost minute by minute the past was brought up to date. In this way every prediction made by the Party could be shown by documentary evidence to have been correct, nor was any item of news, or any expression of opinion, which conflicted with the needs of the moment, ever allowed to remain on record. All history was a palimpsest, scraped clean and reinscribed exactly as often as was necessary. In no case would it have been possible, once the deed was done, to prove that any falsification had taken place. The largest section of the Records Department, far larger than the one on which Winston worked, consisted simply of persons whose duty it was to track down and collect all copies of books, newspapers, and other documents which had been superseded and were due for destruction. A number of ‘The Times’ which might, because of changes in political alignment, or mistaken prophecies uttered by Big Brother, have been rewritten a dozen times still stood on the files bearing its original date, and no other copy existed to contradict it. Books, also, were recalled and rewritten again and again, and were invariably reissued without any admission that any alteration had been made. Even the written instructions which Winston received, and which he invariably got rid of as soon as he had dealt with them, never stated or implied that an act of forgery was to be committed: always the reference was to slips, errors, misprints, or misquotations which it was necessary to put right in the interests of accuracy.

But actually, he thought as he re-adjusted the Ministry of Plenty’s figures, it was not even forgery. It was merely the substitution of one piece of nonsense for another. Most of the material that you were dealing with had no connexion with anything in the real world, not even the kind of connexion that is contained in a direct lie. Statistics were just as much a fantasy in their original version as in their rectified version. A great deal of the time you were expected to make them up out of your head. 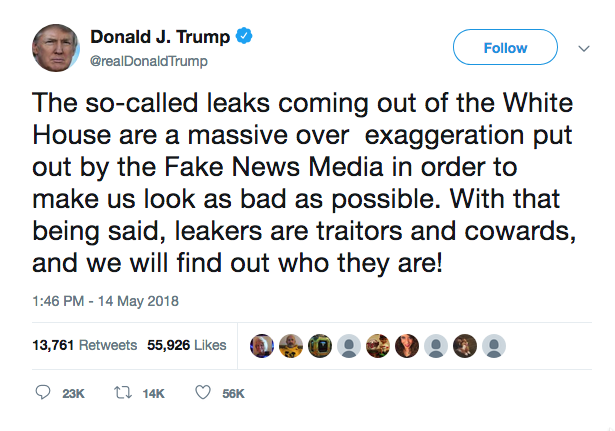 I couldn’t pass this up. Jonathan Chait explains the nub of the distinction:

Here we learn that the anonymous quotes coming out of the White House are invented “so-called leaks” by the hostile reporters of the “Fake News Media.” At the same time, Trump denounces the leakers as “cowards” and “traitors.”

“Doublethink,” as George Orwell wrote, “means the power of holding two contradictory beliefs in one’s mind simultaneously, and accepting both of them.” Even Big Brother had enough respect for his audience to insist that they had always been at war with Oceania, or whoever they were at war with at the moment. You didn’t see Big Brother calling Oceania his great ally and enemy in consecutive sentences. 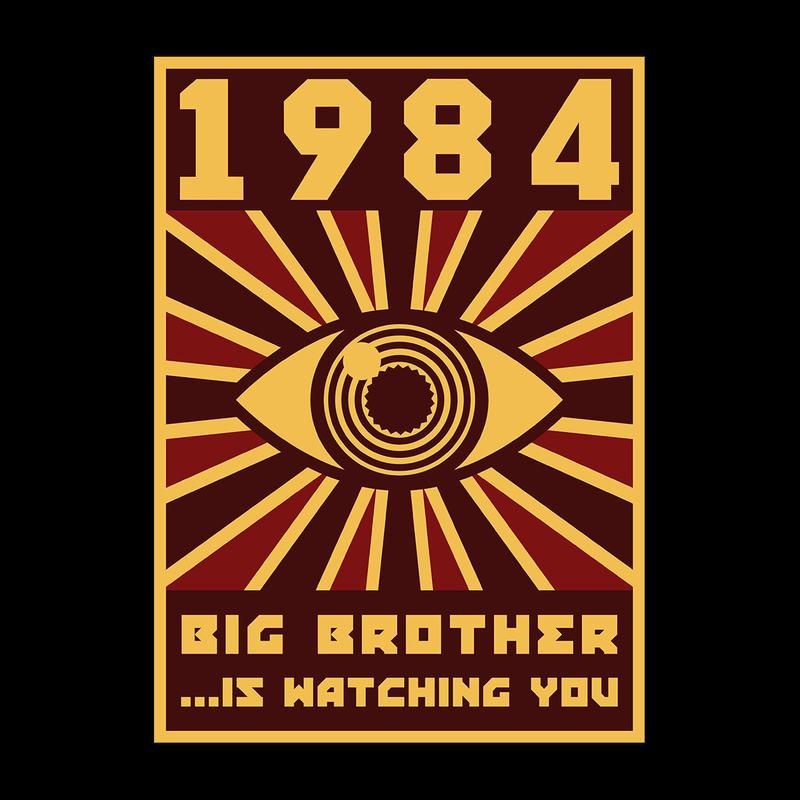