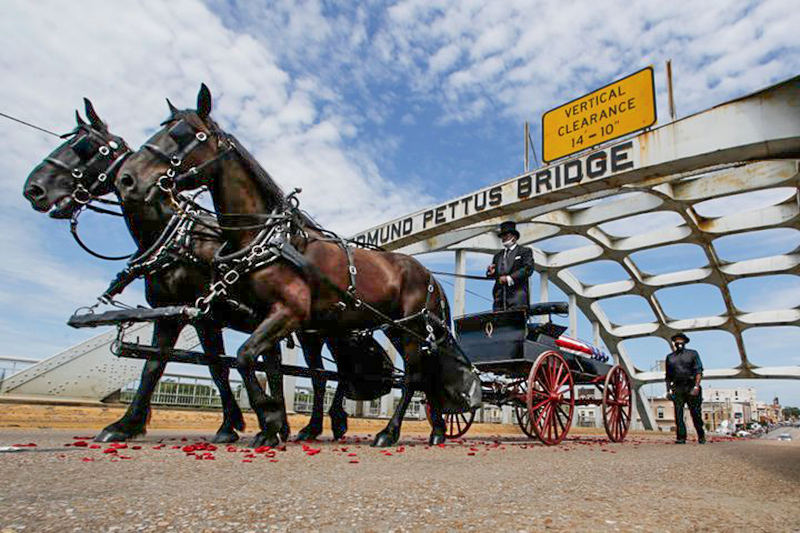 In case you were wondering, Edmund Pettus was a general in the Confederate Army, and, according to one historian, “followed with conspicuous bravery every forlorn hope which the Confederacy offered.” After the Civil War, he resumed his law practice, while serving as Grand Dragon of the Ku Klux Klan—a position he leveraged to get himself elected to the United States Senate in 1897.