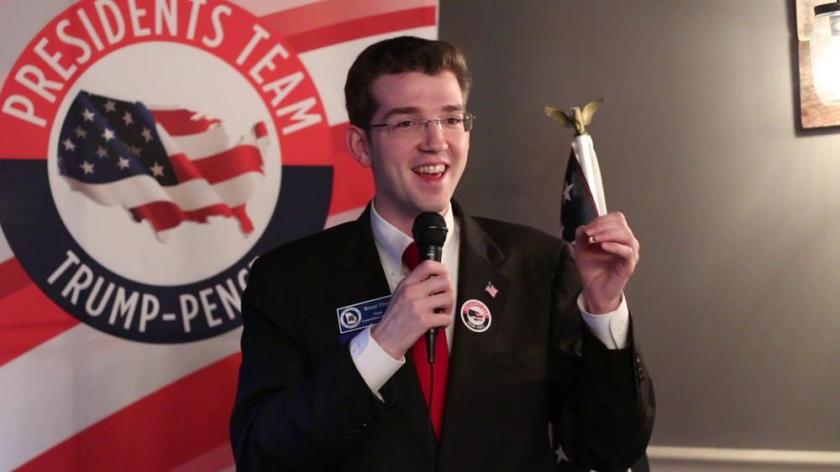 As Atlanta and the world grieve over yet another black man shot in the back by the police, the Atlanta Journal-Constitution reports,

The Georgia Republican Party’s leadership reprimanded a state GOP official who said that demonstrators kneeling to protest racial injustice are turning the U.S. into the “land of the weak and the home of the slave.”

His remarks this week were sharply criticized on Friday by several bipartisan officials and activists, including Robert Lee, a Republican who was defeated by Frost for the leadership post at last year’s state GOP convention.

“I don’t expect people to apologize for peaceably assembling to achieve racial equality in this country,” Lee wrote in an open letter to Frost. “Black Lives Matter, and they matter hard. It’s time you had some real courage to escape your actual and real privilege to admit that.”

June, 2020, will forever be remembered as the month of the wedge—the wedge being driven ever deeper between the overtly racist white people, and their overt enablers, and the majority of the white population. Kinda makes it hard for the Republican Party to keep on posturing as the White People’s Party.

Complementing the AJC’s reporting, above, on the wedge within the Georgia Republican Party, is this Politico story: Trump loses 2 pivotal allies in his anti-kneeling crusade: NASCAR and the NFL: Both are vowing to stand up for racial justice in a way that could challenge the president’s relationship with each organization.

Like the man who famously greeted Justice Felix Frankfurter with great relish, I look forward to next Saturday’s covid-19 celebration in Tulsa. I expect that crowd there will be invited to stomp, cheer, and spread their germs, all in over-the-top support of police brutality. And I expect those in attendance will eagerly accept the invitation.

I expect the racism will be virulent, literally.