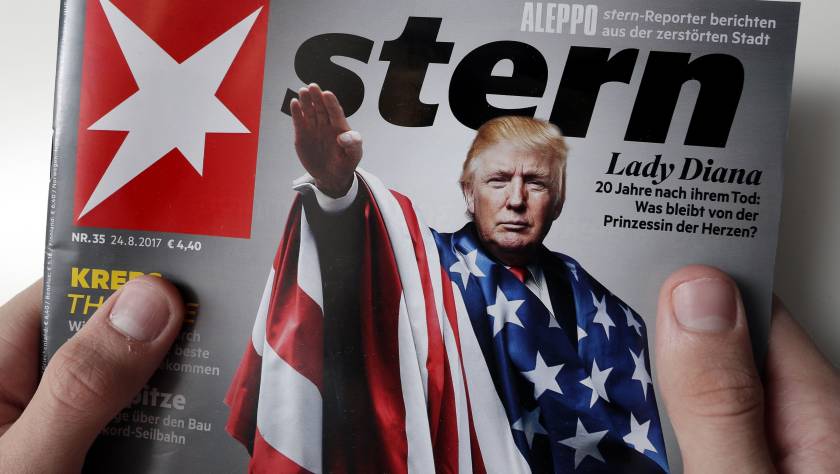 He was limp and dusty from an explosion, conscious but barely. A far cry from the fierce, masked Islamic State fighters who once seized vast swaths of Iraq and Syria, the captive was a scraggly teenager in a tank top with limbs so thin that his watch slid easily off his wrist.

Chief Petty Officer Edward Gallagher and other Navy SEALs gave the young captive medical aid that day in Iraq in 2017, sedating him and cutting an airway in his throat to help him breathe. Then, without warning, according to colleagues, Chief Gallagher pulled a small hunting knife from a sheath and stabbed the sedated captive in the neck.

The same Chief Gallagher who later posed for a photograph holding the dead captive up by the hair has now been celebrated on the campaign trail by President Trump, who upended the military code of justice to protect him from the punishment resulting from the episode. Prodded by Fox News, Mr. Trump has made Chief Gallagher a cause célèbre, trumpeting him as an argument for his re-election.

Commenting on this story, a friend from Germany shares these observations:

In his outline of the course of the war in the east, Himmler comments on the deaths of millions of Soviet prisoners of war and forced labourers. Like in pre-war speeches, and in accordance with Hitler’s remarks in Mein Kampf, he speaks of how the eradication of the Slavic Untermensch is a historical and natural necessity. There is to be no place for sentiment:[14]

One basic principle must be the absolute rule for the SS men: We must be honest, decent, loyal and comradely to members of our own blood and to nobody else. What happens to a Russian, to a Czech, does not interest me in the slightest. What other nations can offer in the way of good blood of our type, we will take, if necessary, by kidnapping their children and raising them here with us. Whether nations live in prosperity or starve to death interests me only so far as we need them as slaves for our culture; otherwise, it is of no interest to me. Whether 10,000 Russian females fall down from exhaustion while digging an antitank ditch interests me only insofar as the anti-tank ditch for Germany is finished.

Himmler explicitly speaks of the genocide of the Jews, something which had not been previously done by a representative of the Nazi party up until this point:[15]

I am now referring to the evacuation of the Jews, the extermination of the Jewish people. It’s one of those things that is easily said: ‘The Jewish people are being exterminated’, says every party member, ‘this is very obvious, it’s in our program, elimination of the Jews, extermination, we’re doing it, hah, a small matter.’ And then they turn up, the upstanding 80 million Germans, and each one has his decent Jew. They say the others are all swines, but this particular one is a splendid Jew. But none has observed it, endured it. Most of you here know what it means when 100 corpses lie next to each other, when there are 500 or when there are 1,000. To have endured this and at the same time to have remained a decent person — with exceptions due to human weaknesses — has made us tough, and is a glorious chapter that has not and will not be spoken of. Because we know how difficult it would be for us if we still had Jews as secret saboteurs, agitators and rabble-rousers in every city, what with the bombings, with the burden and with the hardships of the war. If the Jews were still part of the German nation, we would most likely arrive now at the state we were at in 1916 and 17 […]

Himmler then praises the mindset of the SS man, devoting approximately 30 of the 116 pages to their virtues as well as their duty of becoming Europe’s ruling class in 20 to 30 years.