Dr. Aardvark and I are emotionally attached to David Brooks. He seems like a nice fellow, and he often has interesting things to say. But he has a regrettable tendency to be cavalier, dismissive, and unfamiliar with all the relevant data. 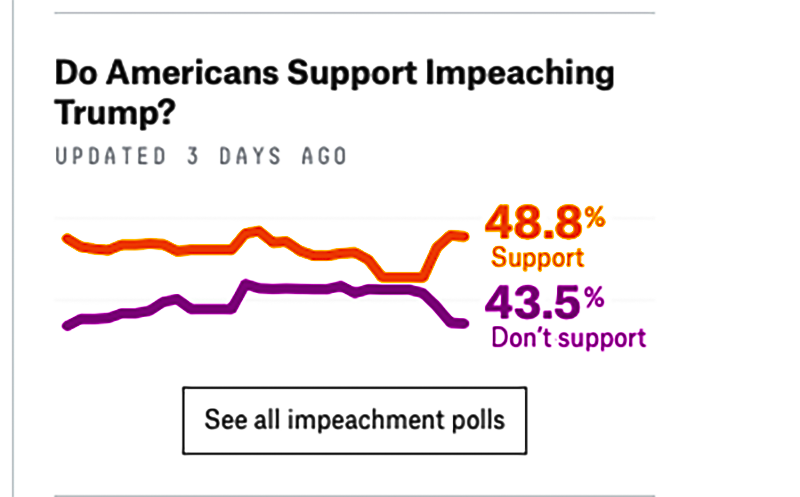 And here’s how a more detailed picture—over a longer time frame—looks: 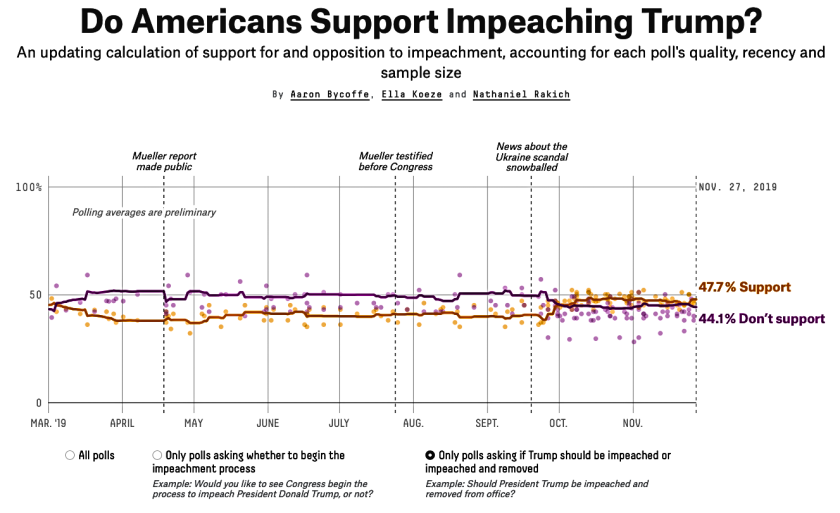 Main Takeaway from the Data

When Congressman Schiff started his hearings, the best available data showed that American were literally split right down the middle on impeachment.

If you go to the site and slide the vertical line, you can put all of this in greater context. For example, just after Mueller testified, anti-impeachment sentiment prevailed to the tune of nine percent. Now it’s pro-impeachment by 2.6. (If you add into the mix polls asking whether people support the impeachment inquiry, the number shifts to 5.3 percent.)

So, no, sentiment is not shifting away from impeachment.

Where Do We Go from Here?

Haven’t heard from Nostradamus this morning, so I can’t say for sure. But Trump hasn’t got an alternative narrative. And Trump seems incapable of asserting his best (or least bad) defense: bad but not impeachable. He continues to insult his supporters with Ukrainian fairy tales. And he’s likely, at any time, to hurl withering insults at anyone who tries to defend him in the most plausible way possible.

A logical person would infer that he is going to lose some more ground.

But, as I said, it’s anyone’s guess how low he will go.

Time for some music, I’d say.

How about Limbo Rock in Danish?