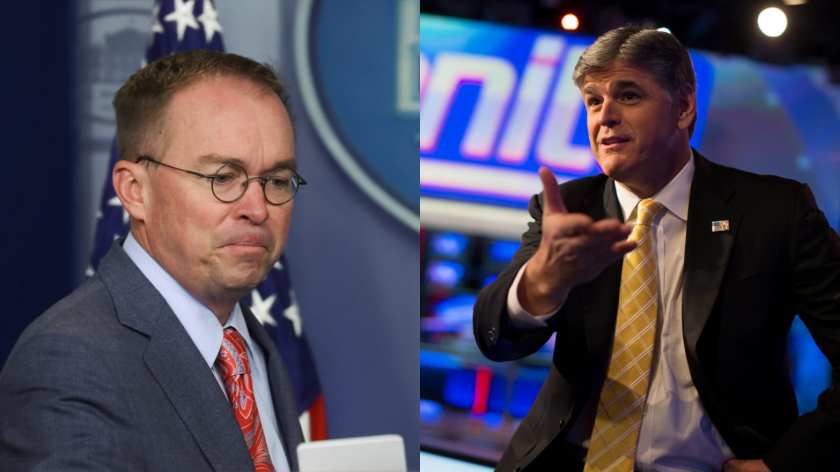 The Atlantic, Elaina Plott and Peter Nicholas, Why Firing Mick Mulvaney Is Riskier Than Keeping Him: President Trump’s third chief of staff seemed destined for the door until impeachment came along.

So, here is a common situation we see in the defense bar. An employee has screwed up badly—so badly that the company is in deep legal doodoo. Management’s impulse is to fire the employee. Wise defense counsel says: “Wait just a minute. If you fire her, number one, she’s going to be really pissed off and motivated to spew really bad evidence against the company; plus, number two, if you fire her, you can’t control her any longer.”

Ms. Plott and Mr. Nicholas adduce these considerations and argue that the Mickster’s major screwup has earned him a mandatory pass from the Trumpster.

I disagree. There comes a time when any rule of thumb needs to be broken.

See my previous post on A or not-A. If Trump wishes to continue with the no-quid-pro-quo fantasy, then Plott and Nicholas are right: keep Mick.

But if Trump wants to admit there was indeed a quid pro quo, then he badly, badly needs some fallguys. Beginning with Mulvaney. Sean Hannity, who is evil but not stupid, has figured this out.