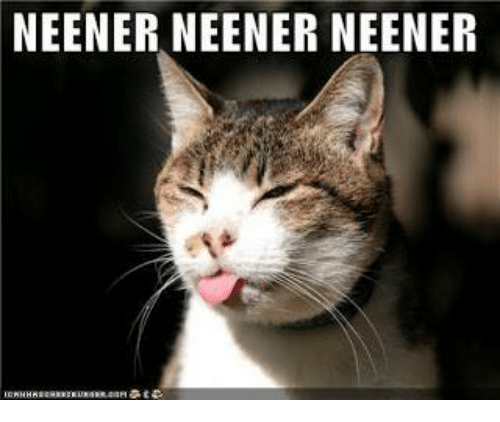 Nineteen House members have written to the Attorney General, urging him draft up a new executive order on the citizenship question. You can read it here. Most or all of them seem to be members of the Freedom Caucus.

The letter does not take issue with the fact that, under Article 1 of the Constitution, the census is supposed to count inhabitants, not just citizens.

It does not dispute the proposition that including a citizenship question would materially detract from that constitutionally mandated goal, by causing an undercount of non-citizens.

Having failed to acknowledge why all political motivations might not be created equal, the letter has no comeback for the argument that the progressives’ motivations should outweigh the wing nuts’ motivations, because our motivations happen to coincide with what the constitution requires.

Yes, if the political shoe were on the other foot, then maybe our respective legal positions would be different. And if my grandmother had wheels, she could ride the railroad tracks.

As argued by a law professor from the University of South Texas, the letter urges the Attorney General and the President to rely on a purported need for citizenship data in order to enforce Section 2 of the Fourteenth Amendment. However, this provision has never been enforced, nor has anyone suggested that the penalty needs to be enforced at present, or in the future.

In effect, the 19 Freedom Caucusers are urging the Attorney General and the President to substitute a new pretextual basis for the one that Justice Roberts has just rejected.

The Freedom Caucus, whose membership is secret, but it is said to have 36 members. If so, at least 17 of them elected not to sign.