Eugene Robinson has a Pulitzer prize and a prestigious job writing punditry, and I have neither. But I think both of us are facing a similar problem: our respective muses are running dry.

In The scariest thing about Trump’s tweets, Robinson first sentence poses a rhetorical question that gets right to the point: “Of all the crackpots on social media, is any more untethered to reality than the president of the United States?”

Trump is amoral, cruel, and lacking in human empathy, but these characteristics are often found in people at the top of the heap.

He is a hypocrite, but so are many politicians.

And, may I say, many people—especially those with power and authority—do not hesitate to sling the shit from time to time.

What truly sets Trump apart from the common herd is that everything, without exception, that he says is bullshit.

And that that slinging the shit is his ONLY tool for mastering a situation, asserting dominance, and getting his way.

To pick a random comparison, think of Lyndon Johnson or Bill Clinton. Yes, they would bullshit from time to time. But they had additional arrows in their quiver. Additional tools in their toolkit.

Two thousand five hundred years ago, in The Boy Who Cried Wolf, Aesop identified the fatal flaw in a life strategy based on serial mendacity. Today, Trump is the poster child for that life lesson.

Fear of Trump is rapidly dissipating. No one believes him. Those who pretend to believe him face the grave risk of losing what little shred is left of their reputation.

What more is there to say?

Today, Jennifer Rubin tells us that we’re Learning to Ignore Trump. I think she’s about right.

So keep your blood pressure low this afternoon, and enjoy the twitterings below and the ironically chosen music above.

Edsall presents data conclusively demonstrating that Republicans are now winning most of the economically backward states and districts while losing just about all the economically prosperous jurisdictions. These graphics tell the story.

He then considers at some length the implications of these data. For example, will it henceforth be in Republicans’ interest to prevent economic growth, lest the newly enriched become generous and therefore liberal?

THIS GUY IS AN AGENT PROVOCATEUR: HE’S SETTING TRUMP UP

Mulvaney says Trump didn’t lose shutdown battle: The acting chief of staff strived to put the best face on the situation, even as others doubled down on the notion that it was a setback for Trump and his policies.

To argue with a straight face—however much effort it may cost to straighten your face—that Trump didn’t lose the shutdown battle, you have to argue that he only agreed to a truce for negotiations, but that he will really, really shut the government down again if the negotiations don’t go his way. (Yeah, yeah. I know there’s the “state of emergency” gambit, but everyone knows that that rabbit in the hat is a paper tiger. The Federalist Society will not be amused.)

But taking that posture well and truly paints Trump into a corner. All he can do is veto any permanent or new temporary spending bill, and dare the Republicans to override his veto.

Result: Republican politicians are forced to rebel against Trump.

And What Does My Purported Evidence-Based Intuition Ascribe as Mulvaney’s Motive?

I think he’s, in essence, the agent of a plutocracy that has realized they have to get Trump off the stage, or risk the election of a liberal who will raise their taxes.

What’s It Worth to You?

I’m not betting the mortgage money on the agent provocateur thesis, but how about a nice steak dinner?

If I were King of the World, much as I dislike The Donald, I would, nevertheless, direct him to take whatever deal the House and the Senate can reach, declare victory, claim that he has outwitted the Democrats once again, and let it go at that.

He would be sure to have Sean Hannity’s full-throated endorsement.

But I am not the King of the World. And The Donald still cannot find his ass with both hands.

So I now think it’s entirely possible there will be another shutdown.

And this will be about the time that we begin to learn what Mueller’s conclusions are.

The effect on Trump’s approval ratings will truly be a sight to see.

It’s nice not being the King of the World.

I think I will go have a drink. 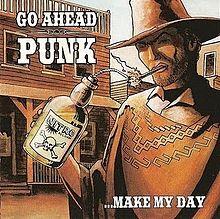 Why did the shutdown end? Enquiring minds want to know.

Lots and lots of ink has been spilled linking the end of the shutdown to declining poll numbers for Trump and Republican politicians. I agree that had something to do with it. But let me tell you the real reason. And I am deadly serious about this. But, first, let me ask you a question.

Would you be seriously inconvenienced by a temporary inability to travel by air among New York, Washington, Chicago, and Los Angeles? (Maybe add Boston, Dallas, and Houston, for good measure.)

No, I thought not.

At the point in time when the top one percent were seriously inconvenienced, they spoke to their lackeys and the shutdown came to a screeching halt.

The Dawn of a (Possibly Short Lived) Three Party System

Meanwhile, we learn, Wall Street freaks out about 2020: Many of the nation’s top bankers want Trump gone, but they’re growing anxious about some Democratic presidential contenders. And Mr. Starbucks, Howard Schultz, steps up to throw his had in the ring for the Sensible Moderate Common Sense Pro Prosperity Pro Business Radical Middle Normal Party—an event that has caused some progressive pundits to hurl themselves onto the fainting couch.

As for me, I long ago predicted that a three party system would likely result from our present political debacle. And I say, if Mr. Schultz wants to run, let him run.

The kind of people who will be attracted to the Sensible Moderate Common Sense Pro Prosperity Pro Business Radical Middle Normal Party are the folks who think universal health care is the work of the devil. But I think their string has run out. Most normal advanced market economies have universal health care. There is no plausible reason why we should continue to be different.

And so, if the right is split into a raving ethnonationalist party calling itself the Republican Party, and a Sensible Moderate Common Sense Pro Prosperity Pro Business Radical Middle Normal Party representing the economic interests of the top one percent, I say: Bring it on. Just go ahead. Make my day.

Readers today come from toward the end of the alphabet: Romania, Singapore, South Africa, Taiwan, and the United States. Howdy, yall.

Plainly, the joint conference committee set up to address border security will come up with some extra money in the next three weeks.

If there is a strong case on the merits that some extension of existing fencing will provide additional border security, I hope Democrats will support spending money for that purpose—even if that gives The Donald something to crow about.

But the more interesting question is how Republicans will negotiate. Will they, for once, engage in a good faith policy discussion? Or will their main objective be an outcome that satisfies The Donald’s ego—and lets him “save face”?

Let us do a thought experiment. How would an amoral but politically rational Republican member of Congress decide on a negotiating strategy, given how things stand today?

I think there are several reasons why such an amoral Republican politician would choose the semblance of good faith negotiation over the objective of saving Trump’s ego.

In the first place, the consequence of bad faith negotiations would be that Nancy and Chuck would call them out and then stand pat, daring them to shut down the government again.

Secondly, as far as Donald Trump’s loss of face is concerned, that horse is already out the barn door.

Most importantly, what leverage do the Republicans have? There are only two theoretical threats they might carry out. One is a second shutdown, and the other is the “state of emergency.”

Politically speaking, if the first shutdown resulted in a big political win for Nancy and Chuck, imagine what a repeat would do for the political balance of power. (That’s assuming—as I hope I may assume—that the Democrats negotiate in good faith and are seen by rational people to be negotiating in good faith.)

If he wins—which is highly unlikely—a precedent will have been created for exploitation by the next Democratic president.

If he loses—if the Republican Supreme Court majority hands him his head on a silver platter—he and the Republicans will be in yet deeper doodoo.

In sum, my thought experiment leads me to conclude that doing the right thing is actually doing the expedient thing. I believe that’s true for both sides, but, most especially, for the Republican side.

In other words, like Tom Lehrer’s Old Dope Peddler, Republicans are in a position to do well by doing good.