In a new paper published in June in the journal Science, a team of economists and public policy analysts, incorporating a wide range of climate-modeling data, quantified the economic damage that climate change could wreak on the United States in the years to come. What they found was a clear bifurcation: In the North and West, agricultural yields will stay more or less constant, as will energy expenditures and direct damage from storms. The South and Southeast—the region stretching from South Carolina down through Georgia and Florida and out to Texas—are another matter. The electrical grid will be overwhelmed by an increased need for air conditioners. Crops will wither and die. Heat-related illnesses and deaths will soar: By the end of this century, the study predicts, mortality rates in parts of the South could surge dramatically.

What the heat doesn’t harm, the storms will. Exacerbated by warming waters, cyclones and hurricanes will pummel the shorelines. Picture Texas after Harvey—the wide Houston boulevards converted to canals, the confused horses wading through the blue-gray floodwater, the shudder of explosions at the flooded chemical plant, the three-year-old girl who was found by rescue teams clinging to her mother’s drowned corpse. Now picture the same scenes playing out in city after city, several times a year. Billions will be spent on relief, rebuilding, and prevention efforts. In the space of a decade, according to the Science study, direct damage from storms may cost many Southern counties at least 10 percent of their GDP—annually. By the last years of this century, an unprecedented redistribution of wealth could take place, as climate refugees flee north. “People living in the South are going to be much poorer, and people in the North are going to be much richer,” says Solomon Hsiang, the lead researcher on the study. “That will lead to a widening of inequality. In essence, one group will get a big boost.” 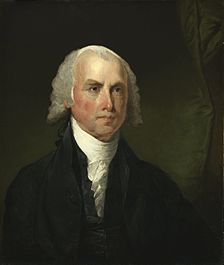 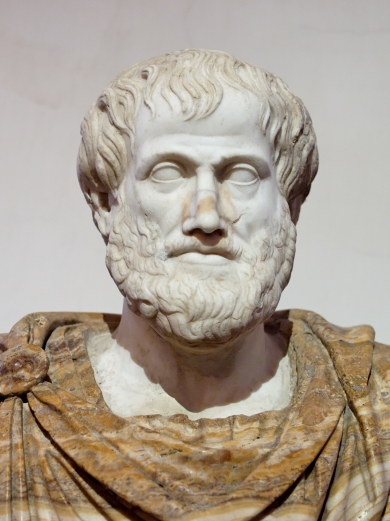 I don’t mean my post. I mean this one, by Sean Illing: 20 of America’s top political scientists gathered to discuss our democracy. They’re scared. “If current trends continue for another 20 or 30 years, democracy will be toast.”

It’s a longish piece, because it’s a summary of the views of a number of serious scholars. A summary of the summary would be of little utility to you, so please read Illing’s post. But I will share, first what the author calls “My (depressing) takeaway.” Then I will share my own.

Back in June, I interviewed political scientists Christopher Achen and Larry Bartels, authors of Democracy for Realists. They had a sobering thesis about democracy in America: Most people pay little attention to politics; when they vote, if they vote at all, they do so irrationally and for contradictory reasons.

One of the recurring themes of this conference was that Americans are becoming less committed to liberal democratic norms. But were they ever really committed to those norms? I’m not so sure. If Achen and Bartels are to be believed, most voters don’t hold fixed principles. They have vague feelings about undefined issues, and they surrender their votes on mostly tribal grounds.

So I look at the declining faith in democratic norms and think: Most people probably never cared about abstract principles like freedom of the press or the rule of law. (We stopped teaching civics to our children long ago.) But they more or less affirmed those principles as long as they felt invested in American life.

But for all the reasons discussed above, people have gradually disengaged from the status quo. Something has cracked. Citizens have lost faith in the system. The social compact is broken. So now we’re left to stew in our racial and cultural resentments, which paved the way for a demagogue like Trump.

Bottom line: I was already pretty cynical about the trajectory of American democracy when I arrived at the conference, and I left feeling justified in that cynicism. Our problems are deep and broad and stretch back decades, and the people who study democracy closest can only tell us what’s wrong. They can’t tell us what ought to be done.

No one can, it seems.

Illing’s “no one” obviously includes your humble scrivener.

But let me say this about that.

It’s a terrible idea not to teach civics to our kids. But—for exactly the reasons Illing laid out in the first two paragraphs of the quote above—Jefferson’s democratic yeoman farmers and workers are never going to save us.

Confucius was right: society won’t work unless the 君子 are not only rich and powerful but also the moral leaders of society. (Or at least, Aardvark would add, unless at least some significant number of them assume the mantle of moral leadership.)

Jesus was right: where much is given, much is required.

Aristotle was right: the best form of government is a republic, not a democracy.

Woodrow Wilson, who had a lot of flaws and probably did not know much about Confucius, was right to establish the motto, “Princeton in the Nation’s Service.”

West Virginia coal miners and Ohio steelworkers, out of a job, have addicted themselves to opioids.

The best and the brightest have addicted themselves to money.

Of the two addictions, the addiction to money is worse, because it destroys the soul.

And the love of money is pretty much the root of all evil.

Tonight, we reflect on the wisdom of George Will:

Trump’s energy, unleavened by intellect and untethered to principle, serves only his sovereign instinct to pander to those who adore him as much as he does. Unshakably smitten, they are impervious to the Everest of evidence that he disdains them as a basket of gullibles. He understands that his unremitting coarseness satisfies their unpolitical agenda of smashing crockery, even though his self-indulgent floundering precludes fulfillment of the promises he flippantly made to assuage their sense of being disdained. He gives his gullibles not governance by tantrum, but tantrum as governance.

Interestingly, in an earlier blog today, I spoke of flinging crockery. Was I channeling Will, or was Will channeling me? We may never know.

So now you know. 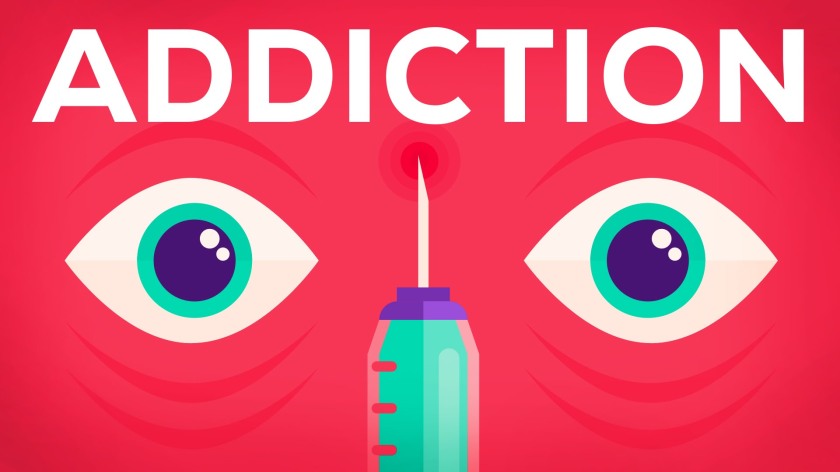 If, like the Aardvarks, you have been watching the PBS Evening News, you know about their disturbing, comprehensive reporting on the plague of opioid addiction.

The opioid crisis is terrible. But we suffer from another widespread addiction crisis, too. A great many of our one percenters have become so addicted to money that they cannot see straight. Their priorities are badly skewed. They make choices blindly. One bad choice leads to an even worse choice, which leads, in turn, to a catastrophic choice.

Thinking that they will get their precious tax cut, the one percenters and their politician sock puppets embrace a mentally disturbed, racist man child.

And the more rational and moderate among them gleefully stoke racist views that they probably do not share.

The Ed Gillespies of the world have sown the wind and they are reaping the whirlwind. 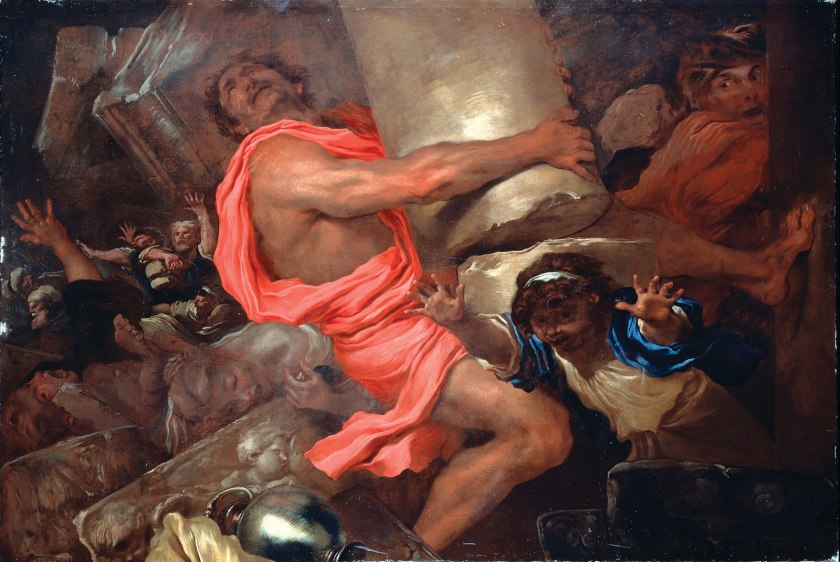 When anyone doesn’t recognize his greatness, Trump throws a three-year old tantrum and breaks crockery.

Reality based journalists don’t recognize his greatness. Increasingly unhinged rants have been the result.

Trump’s ignorance is great, but it has begun to penetrate his brain that it isn’t just reality based journalists who are not buying his act: sixty percent of Americans hate his guts.

It’s time for some payback against the American people.

It’s Samson in the temple time.

… who imagines Trump and Corker, following Paul Ryan’s helpful suggestion, sitting down and just talking through their issues.

In the midst of a governing crisis, House Speaker Paul D. Ryan (R-Wis.) has once again risen to his role as the voice of bland complacency. Concerning the open warfare between President Trump and Sen. Bob Corker (R-Tenn.), Ryan advises “these two gentlemen to sit down and just talk through their issues.”

But what are Corker’s “issues”? He has asserted that Trump requires constant handling to control his volatility: “I know for a fact that every single day at the White House, it’s a situation of trying to contain him.” Corker has accused Trump of lacking strategic thinking: “A lot of people think that there is some kind of ‘good cop, bad cop’ act underway, but that’s just not true.” Corker has called out Trump’s routine deceptions: “I don’t know why the president tweets out things that are not true.” Corker has talked of Trump’s vacuity: He acts “like he’s doing ‘The Apprentice’ or something.” Corker, who chairs the Senate Foreign Relations Committee, has expressed the fear that Trump’s instability could lead to conflict: “We could be headed toward World War III with the kind of comments that he’s making.”

So how does Ryan imagine a Corker/Trump conversation might unfold? Over dinner, Corker accuses the president of being a chaotic, directionless, shallow liar who could start a nuclear war. Trump passes the peas and attacks Corker for being short. This is, after all, the way gentlemen resolve their differences.